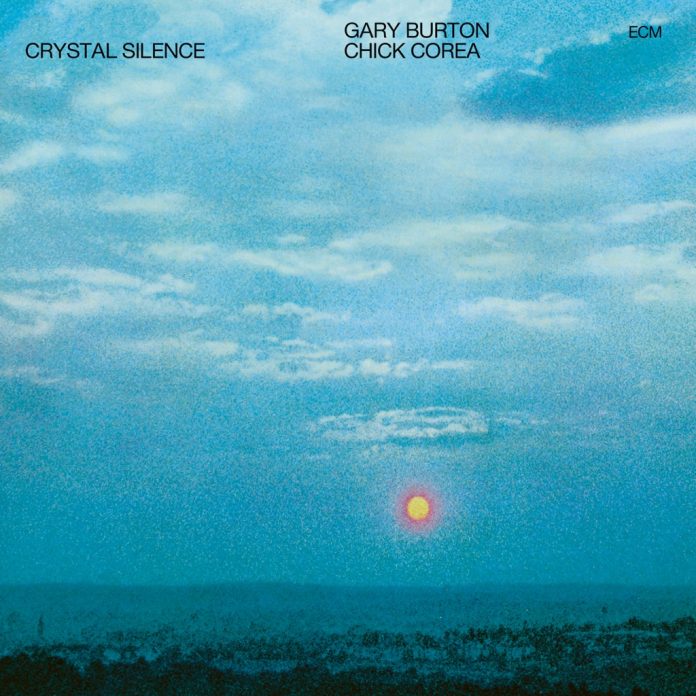 Unless you’re a jazz oddity who believes the only mallet to be taken to a vibraphone should be made of iron and weigh 30 kilos, Gary Burton might be pure pinnacle. If anything, the famous duo recordings he made with Chick Corea allowed him to open out even more. That Corea did the same is why Crystal Silence, their first studio recording from an astonishing 47 years ago, is one of the great jazz albums.

To be strict, it’s one of the great chamber jazz albums, but when one is defining chamber jazz simply by the small number of musicians performing it, the term makes little sense. Is Armstrong-Hines chamber jazz, or Evans-Hall, or Getz-Dailey? Surely not. Chamber jazz connotes classical music decorum, stiffness, and we want neither of them. Thank God the MJQ included Milt Jackson, ironically (as applied to this argument) a vibraphonist, to keep the music in sight of downtown.

Crystal Silence, and the Corea-Burton recordings that followed it, epitomise the idea of jazz as unbelievably in-the-moment: it has structures to be followed and shapes to be adhered to at least in theory, but at the end of the session it is magically made up on the hop. It also illustrates the possibility that ECM’s Manfred Eicher has the most attuned ear in contemporary jazz production. He heard the pair perform an impromptu jam at the Munich Jazz Festival in 1972, where they were both appearing separately, and saw the ingredients of a divine dish.

From the start and throughout the album the pair pursue a kind of sonic third state that derives from Corea’s trick of echoing both the sound and the sense he picks up in what his colleague is doing. And vice-versa. The title track is typical, especially when Burton states the theme for the first time at his own languorous pace and the tune begins its journey towards a perfectly achieved balance. There is movement at other times, though, fuelled by rococo counterpoint and ringing antiphony.

One hopes this reissue in ECM’s Touchstones series will be followed by another reappearance of the Corea-Burton Duet album and their In Concert one recorded live in Zurich in 1979. In many ways the latter confounded apprehensions that what Eicher had laid down in the studio would not be reproduced before an audience, however clamorous. Also look out for a YouTube clip of the two instrumentally joshing, again on stage, and, as an extension, the Woody Herman band’s version of Crystal Silence (the Corea tune) in an arrangement by John Oddo, who died this year.

John White - 03 February 2019
This is a sampler of the famous trio’s justly celebrated London House “live” sessions available (with dreadful graphics) on five Verve CDs, and includes four additional tracks not on...