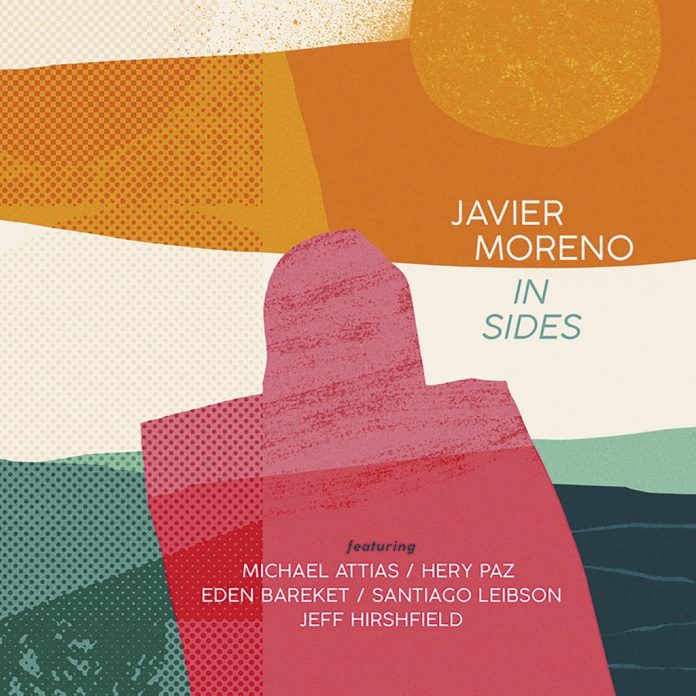 Bass player Javier Moreno has drawn on some personally challenging experiences to shape the material on this, his third album. The notes accompanying the CD reveal that the songs were inspired by times of doubt, ruined plans and hard choices. As a result, the music sounds understandably restless and conflicted in places, but also finds some sense of calm and resolution at times.

The sextet format offers rich sound textures with which to explore these personal dilemmas. Although individuals within the band do get the opportunity to demonstrate their solo talents in places, the bulk of the compositions are about the dialogue within the sextet. There is strong interplay between in instruments, which often lends a chamber music quality to how the music is performed. There is precision here amongst the conflict that Moreno is exploring.

Inevitably, with the combination of throaty baritone sax, clarinet and flute, the music occasionally reminds the listener of military bands, marching music and school fetes, which perhaps detracts a little bit from the emotional intensity behind the purpose of the music. There is also a Mingus workshop feel to some of the dynamics and restlessness. From the introspective, seeking nature of Move and Bobo, through to the lighter moments on Violet Sun and Castelo Dos Sonhos, the playing is never anything less than inventive, sharp and tightly integrated.

Without revealing too much about the detail of the conflicts and challenges Moreno was facing when he wrote this music, he’s nevertheless drawn strongly on difficult personal experiences and not been afraid to put it out there for wider consumption. It may not always succeed in its overall aim as a concept album, but it has its moments.

Matthew Wright - 25 December 2021
This latest issue from the highly respected Chicagoan musician Kahil El’Zabar starts with the mesmeric title track, based on a repeated musical figure, hypnotic and peaceful, played on the...