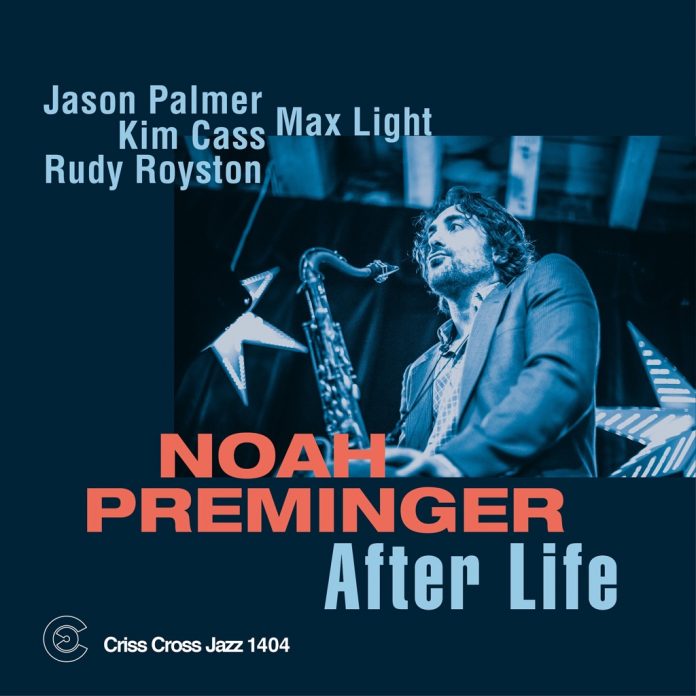 Tenor saxophonist and composer Noah Preminger currently lives in Boston. I had the good fortune to come across him a couple of years ago when he was fronting Rob Garcia’s band at Smalls jazz club in New York. His performance was highly impressive, matching his work on Garcia’s albums – Passion Of Color and Finding Love In An Oligarchy On A Dying Planet.

After Life is his 13th album as leader. He’s joined in the project by longtime associate Jason Palmer on trumpet, regular bassist Kim Cass, drum giant Rudy Royston and rising-star guitarist Max Light. Preminger composed seven of the album’s eight songs. The other song is his arrangement of Handel’s Ombra Mai Fu. His intention is that each song reflects a world we may inhabit when we leave Earth.

Highlights of the album include Cass’s lissom bass playing and Royston’s deft percussion in World Of Twelve Faces, the interplay of Light’s jazz-rock guitar and Palmer’s trumpet in World Of Growth, Preminger’s spanning of registers in his soulful sax solo in Senseless World, the raga-like quality of Hovering World, and the intricate sax/trumpet duets in World Of Hunger and Nothing World – the latter being Preminger’s arrangement of Handel’s Ombra Mai Fu. Then there’s the all-hands-on-deck improvisation of World Of Illusion.

This music has spiritual depth with a contemporary edge. There’s the occasional sparse landscape as can often be the case with Preminger’s work but don’t be put off – whilst this may be a sonic contemplation of the afterlife, it’s not gloom jazz. Indeed, it’s uplifting and hauntingly beautiful at times. As if to underpin the paradox, a booklet of amusing poems by Ruth Lepson who was inspired by the music comes with the album.

Gordon Jack - 20 April 2021
Albare was born in Morocco but grew up in Israel and France. Although he attended a music conservatory for two years his studies were interrupted when he developed vision...