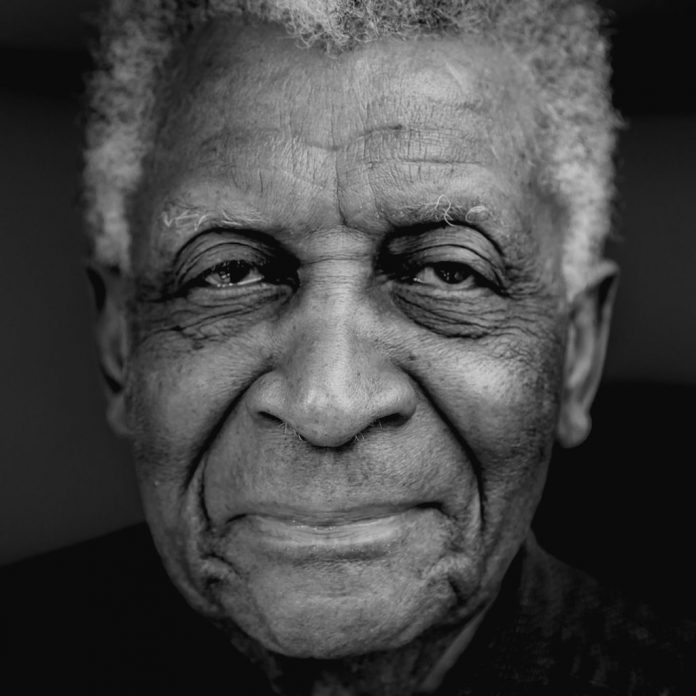 Ibrahim says on a short note on the back cover of this LP “We push ourselves out of our comfort zones”. Later he says “Technically it’s very, very skilled but there’s a simplicity in the complexity so that people can relate to it. It’s a natural rhythm of the universe”.

That’s a pretty good summing up but I would take issue with him when he says “It’s not jazz”. In my opinion it is very much jazz – contemporary, modern and unencumbered with funk, fusion, rock or any other deviations.

Ibrahim leads a seven-piece unit with harmonica added on one track. The music is in an almost free style but is percussive, melodic and conventionally swinging at all tempi. The opener, Dreamtime, has a dreamlike quality as it floats along, making sense of the title and featuring the horns in unison and solo. McDonald’s baritone sax is crusty and played with a swagger. The leader’s piano is percussive in a melodic way, not unlike Thelonious Monk but with more conventional note choices. It is probably no accident though that the only composition not by Abdullah here is Monk’s Skippy. This piece benefits from hard-driving rhythm, flowing piano and a scorching piccolo solo from Guyton. The ensemble playing and all the solos are spot on.

Jabula has a distinctively African flavour, the melody catchy, and there’s some fine ensemble work once again. Alec Dankworth is on bass on this track and he turns up again on the last selection, the title track, The Balance, where the smooth ensemble is joined by Adam Glasser’s harmonica lines. Ibrahim plays solo piano on three tracks, varying his approach from quiet melodic to thrusting, rhythmic. Tuang Guru is another composition that features bright, open piccolo, not a sound that is over familiar in modern jazz. Good solid baritone work here in solo and trombonist Murchison plays what sounds rather like modern tailgate at the start of his solo. Sounds unlikely, I know, but listen and see what you think.

This is highly refreshing, contemporary jazz, played with spirit, invention and beautifully recorded. The all-acoustic recording process brings the music straight into the listening room, as close as is possible currently to live music sound. And it swings from start to finish.

Click here to buy Abdullah Ibrahim aka Dollar Brand: The Balance and other Gearbox releases

Simon Adams - 25 April 2019
Alongside his work in support of his childhood friend, trumpeter and ECM label-mate Avishai Cohen, pianist Yonathan Avishai has for the past five years led his own Modern Times...

In Common: In Common