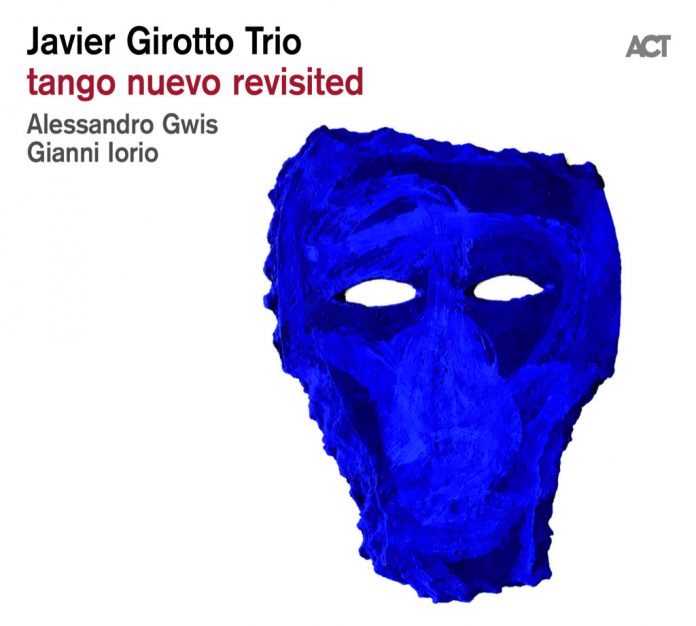 This is a surprising and very welcome reprise of the 1974 collaboration between Astor Piazzolla (one of the greatest composer-performers of the late 20th century) and jazz giant Gerry Mulligan (Tropical Music 68.842). The sleeve-note claims that it was a global success but it was a gem overlooked or dismissed by most of the jazz fraternity at the time. The All Music Guide to Jazz did not mention it at all and The Penguin Guide To Jazz On CD awarded it a mere two stars.

The tango, which combined elements of the milonga, originated in Buenos Aires in the late 19th century and Piazzolla created the modern tango after his studies with Nadia Boulanger in 1954. A little later he began incorporating counterpoint, dissonance and extended harmonies into his music and his Nuevo Tango Quintet became a vehicle for his highly stylised compositions and his virtuoso performances on the bandoneon.

Both Javier Girotto on baritone and Gianni Iorio on bandoneon have big shoes to fill and they succeed admirably. The original Piazzolla-Mulligan album featured a 12-piece ensemble. Here the protagonists are heard in an intimate trio setting which allows the delicate contrapuntal passages to emerge with a crystal clarity.

Each member of the group is fully attuned to the drama of Astor’s music and special mention should be made of Girotto, whose powerful sound on baritone occasionally reveals almost Carney-like proportions especially on two tunes not included on the original Piazzolla-Mulligan release – Fracanapa and Etude For Franca. The latter is Gerry’s homage to his wife which was debuted on his 1989 album Lonesome Boulevard (A&M Records 397 061-2).

Elliot Marlow-Stevens - 23 July 2020
This is trumpeter Shunzo Ohno's 18th studio album, a mixture of digital and acoustic instrumentation that demonstrates his prowess as a composer and arranger as...

Jazz Journal - 03 August 2020
Art Pepper is back in the saddle again. After a protracted absence from the New York scene, the altoist brought a quartet into Fat Tuesday's...