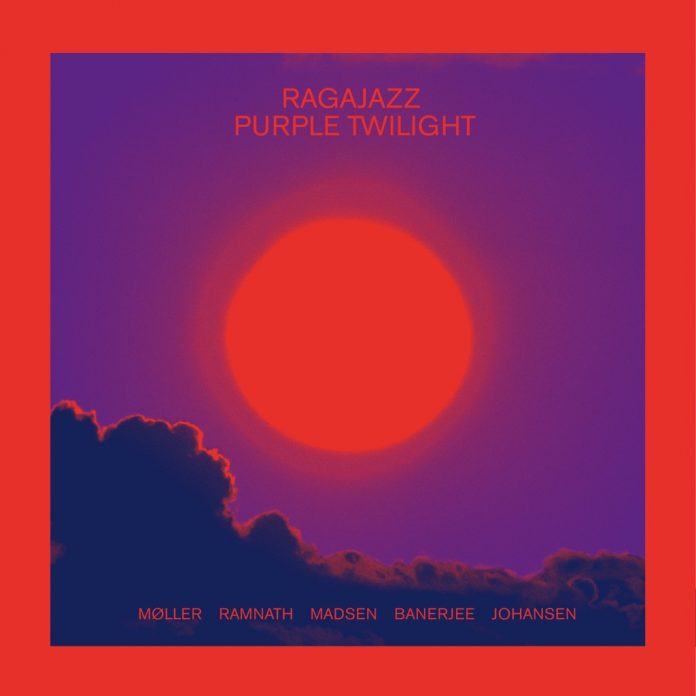 This fusion of styles is something that Ragajazz do well. The colourful glissandos of the violin and fast-paced drive of the tablas merge beautifully with saxophone and guitar, allowing the group to seamlessly blend Eastern rhythms and melodies with those of Scandinavian jazz, particularly in tracks like Glow and Purple Twilight.

In Morning Reflections, a piece in two parts, Møller weaves a slow hypnotic melody in the lower register of the saxophone – sometimes adopting a drone-like effect – before he is joined by Ramnath and Banerjee in the second half.

Of course, the blending of Indian classical music and jazz isn’t new – notable antecedents include, for example, John Mayer and Joe Harriott’s Indo-Jazz fusions and the Mahavishnu Orchestra. Both styles are reliant on the use of improvisation and modal scales, which allows for a natural musical relationship to be formed quite easily. Ragajazz certainly achieves this, and Purple Twilight is a successful debut.

As a follow-up it would be nice to see further incorporation of Indian classical tradition into the mix; the addition of a sitar would certainly not go amiss.