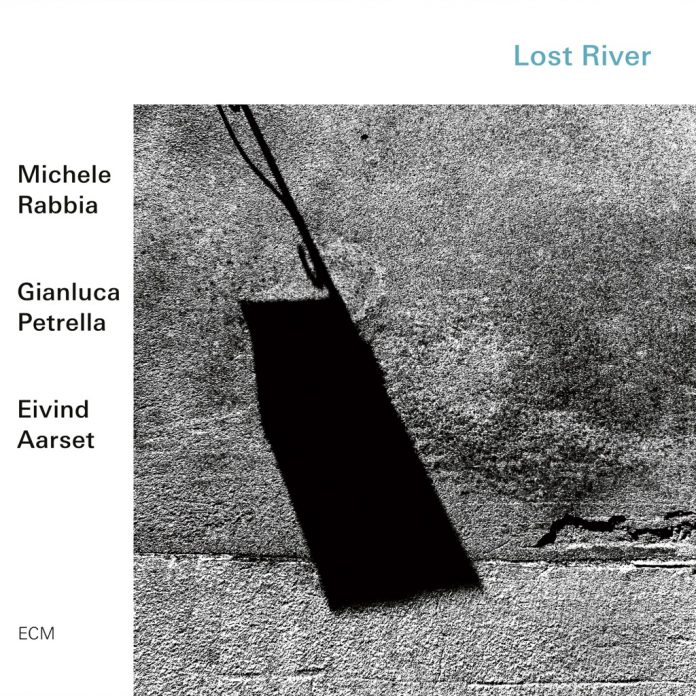 Guitarist Eivind Aarset and drummer Michele Rabbia have played together before. The latter has also worked with trombonist Gianluca Petrella. However, all three had never worked as a trio until they recorded this album.

To give a flavour of their musical backgrounds: Aarset has recorded with Nils Petter Molvӕr, Tigran Hamasyan, Marilyn Mazur, John Hassell and Andy Sheppard amongst others. Rabbia has recorded with Sheppard, Marilyn Crispell, Roscoe Mitchell and Maria Pia De Vito. Petrella has worked with Pat Metheny, Enrico Rava, Louis Sclavis and Carla Bley.

The three artists share a common interest in electronic music as a means of conveying emotional expression. All tracks on the album are electro-acoustic improvisations around themes of water and silence is used to great effect throughout. As a rule I’m not a great fan of synthesised effects as they can sound artificial and metallic. However, it’s different here. You’re oblivious to any computerisation as the results are indistinguishable from the natural sounds intended to be conveyed. I have to say I was totally hooked by the album. It’s a profound piece of work.

Nimbus has an ominous bass opening followed by exquisite trombone. Soft rumbling drums and showering cymbals hint at imminent thunder but it never breaks. Flood is nebulous. Pensive trombone and washing guitar sounds becoming louder but then subside. What Floats Beneath has gently strummed guitar and quiet drum brushes over rustling water. The title track has light percussion and sound breezes with echoing horns and guitar. Styx is foreboding, almost orchestral, with cavernous trombone. Night Sea Journey has muted horns with a blues vamp and steady pulse pushed along by subtle guitar and organ sounds. Fluvius builds with sonorous trombone and distant strings. What The Water Brings has sounds of dripping with unsettling background drones increasing in intensity. Flotsam is brief with fragmented bass and guitar.

The final track is fleeting. Its dramatic arco strings, a single extended trombone note and sudden drum beats indicate stumbling upon a wadi after an arduous journey, desperate for water – but is the wadi dry?

I’m not sure if this is really jazz but have no qualms – it’s absolutely spellbinding.

Dave Jones - 29 March 2019
The press release tells us that this two-CD edition contains all of the known material from the Jamal Trio’s Spotlite performances, plus three rare studio tracks (bonus tracks) from...