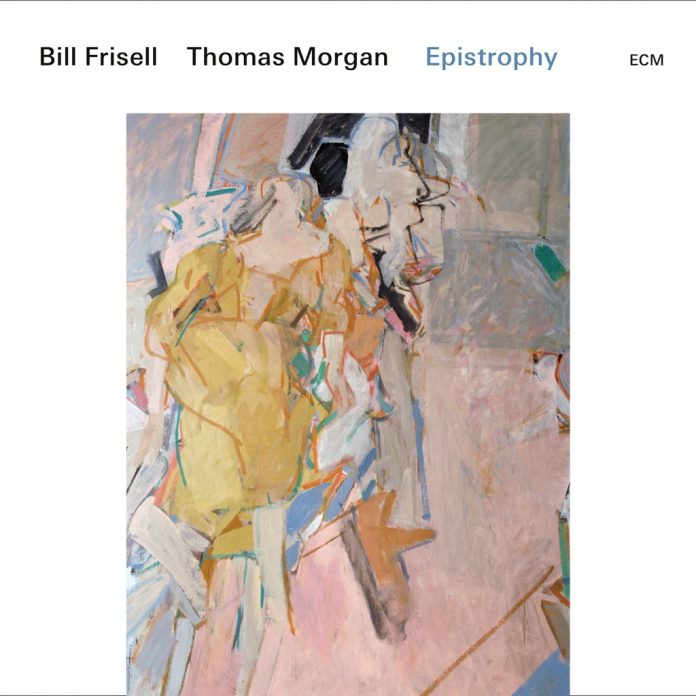 This is the second recording by guitarist Bill Frisell and bassist Thomas Morgan. Their first outing, Small Town (2017, ECM), was described variously as “wistful and mesmerising … totally ingenious and haunting”.

Whilst keeping the obvious empathy both players have for each other, this live recording moves in a different direction, featuring an eclectic mix of songs from the American songbook (All In Fun, Save The Last Dance For Me, You Only Live Twice, Lush Life and in the Wee Small Hours Of The Morning) as well as Monk classics (Epistrophy and Pannonica). Mumbo Jumbo is the least familiar to me but provides an opportunity for both players to stray from the harmonies a little and improvise creatively.

Throughout the album, the playing is intricate and spellbinding and the duo’s ability to interweave solo lines seamless. Many of the tracks have well-known lyrics and whilst the music alone stands up to any scrutiny, it still feels that the words are reverberating around your head. You Only Live twice is my favourite and sounds utterly convincing even without the usual big orchestral arrangement.

This was a special concert and worthy of an album release – albeit three years late. Recorded at New York City’s Village Vanguard, it has spot-on sound quality, with both instruments in total harmony and balance. This album will appeal to Frisell fans, jazz-guitar aficionados and those just looking for a relaxed, laidback jazz set. Highly recommended.

Discography
All In Fun; Wildwood Flower; Save The Last Dance For Me; Mumbo Jumbo; You Only Live Twice; Lush Life; Epistrophy, Pannonica; Red River Valley; In The Wee Small Hours Of The Morning (67.20)
Bill Frisell (g); Thomas Morgan (b). Recorded live at the Village Vanguard, New York, March 2016.
ECM 577 0156

Jazz Journal - 28 February 2020
This is a record on which vocal eccentricity seems to have replaced feeling. Mr. Harvey's singing is in fact the LP's main fault; the instrumental work isn't interesting, but...