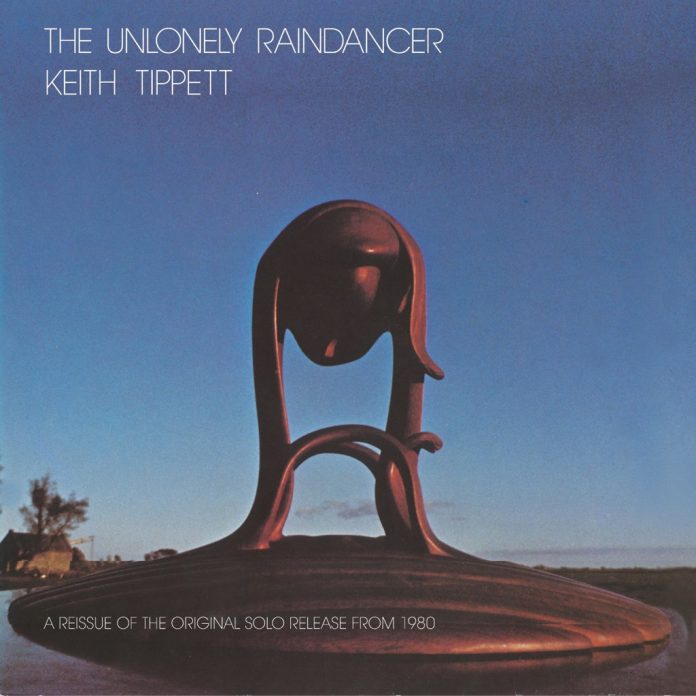 The Unlonely Raindancer was the first of Tippett’s solo forays to find its way on to vinyl, originally issued as a double package on Universe Productions. It may not be regarded as his finest unsupported recording (normally reserved for The Dartington Concert) but does give great insight into his musical direction at the time.

In the 1992 edition of Cook and Morton’s Penguin Guide To Jazz the verdict on Tippett was that “Though routinely likened to Cecil Taylor … he actually sounds more like Jaki Byard”. It was an interesting observation, albeit years after these Dutch tracks were recorded. In addition reference was made to his “huge athematic improvisations which juxtapose darks and lights”.

On Raindancer we get plenty of those darks and lights, sometimes in isolation, often adjacent to one another. One moment we are listening to intensely repetitive work concentrating on the bottom end of the keyboard and next we are transported to the top where a similar idea is rung dry, leaving the listener desperate for some kind of respite.

In the original release’s notes, the pianist made clear no preparation took place with regard to the various pianos, although the strings were dampened by wood blocks for one and half minutes of The Muted Melody. On Midnight Snow Walk he plays the zither for real rather than obtaining the zither-like effect which he was often fond of.

This is Tippett feeling his way into the solo arena, a setting that many feel is his natural habitat. Others can’t fail to remember those duo performances with Stan Tracey which very rarely failed to make an impact.

Bruce Crowther - 29 May 2022
Raised in Manchester-by-the-Sea, Massachusetts, Kristen Lee Sergeant was classically trained, received the Ira Gershwin Prize in Music at Brandeis University and considered opera and musical theatre before settling in...

Jazz Journal - 31 December 2019
As can be seen from the subtitle ("Essays on the Nature and Development of Jazz"), The Art Of Jazz is not a book which takes itself lightly. It is...