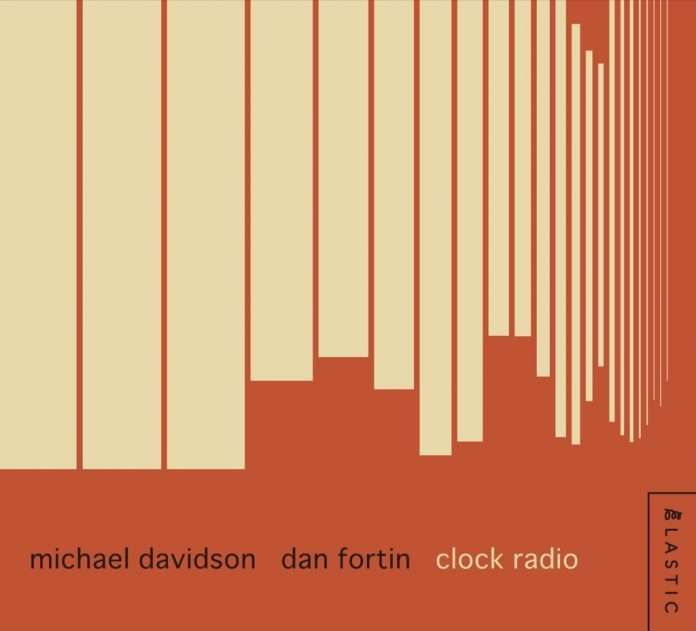 Two of Toronto’s most in-demand musicians, Davidson and Fortin evince here a rare empathy and intelligence of approach, born of some 10 years of working together in a variety of contexts, including the experimental jazz-rock band Stop. In the summer of 2017 Davidson travelled to Berlin to work with esteemed mallet man David Friedman. He came back with a new book of original material drawing in concentrated manner upon contemporary jazz, free music and classical composition.

The result was this rather special album: if brief and stately echoes of the MJQ bookend matters (Tür, Doorway) the bulk of the music should appeal strongly to those drawn to the simultaneously oblique and swinging worlds of Bobby Hutcherson or Walt Dickerson: sample Berlin IV and V, Zeitweisse , Into A Fog or A Lift Above.

The 14 pieces can be listened to individually but function equally well as a shape-shifting suite. Throughout, there is a most potent quality of in-the-moment awareness, of sonic intelligence – rendered often with gear-shifting subtlety, as rubato contemplation and off-centred walking lines morph into an assertiveness of touch, line and rhythmic drive as crisp as it is fluid. There are also some variegated passages of atemporal sound manipulation, as in Berlin VII or Out Of Love.

Both musicians have formidable technique – there is some fine sustained arco from Fortin on Berlin VI but he chiefly plays pizzicato – but this is set always in service of an atmospheric or thoughtfully rendered whole. Quality music, this: as sensuously immediate, yet questing, as it is both structurally rigorous and open in poetic effect.

Elliot Marlow-Stevens - 17 May 2020
First released in 1967, Wave was a considerable addition to the world of bossa nova and jazz. Jobim had incorporated the orchestra in all of his studio albums, blending...