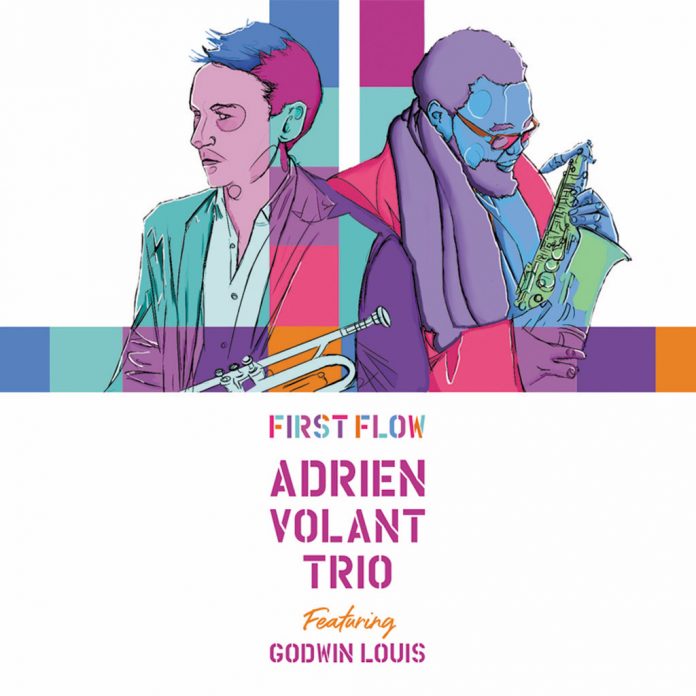 Volant phrases like a young Don Cherry, but with a fatter tone, and there are a couple of moments on A Walk In The Dark when an unwary listener might hazard a guess at some forgotten offcut from an early Ornette session. Once the beats come in, the impression fades quite quickly. Volant is a nicely declamatory player, who shapes his statements with impressive logic and easily graspable form, but never plays quite the note you’re expecting. The same goes for Godwin Louis, who’s clearly a kindred spirit and a complementary front man. And you’re shown pretty quickly how important the very impressive Gilson and Eggermont are to this group. The drummer takes a longish feature on the very first track that’s got more going on in it than the average sticksman manages in an evening. Meanwhile Gilson produces big rumbly phrases that hold the beat together and support the harmonics beautifully.

Volant’s the main writer, with Louis credited with Present, but they essay a couple of interesting covers as well. Paolo Loveri’s Little Girl, which I only know from an album of the guitarist’s called 3 For 1, is given a lovely, soulful treatment, again with bass very prominent and Louis switching briefly to soprano. Then there’s a fine version of Sam Rivers’ Cyclic Episode, off the classic Fuchsia Swing Song LP, that suggests Volant possesses a very smart musical mind.

He’s not po-faced, though. Stersito is a delightful calypso-like line, played with the mute in and then played back almost defiantly by Gilson who shows he’s a melodist as well as an anchorman. And WTF?! suggests he’s anything but solemn or self-regarding.

It’s become my standard response to say that I’d like to check out these guys in a club sometime. The recording was made in Brussels, which may be where the leader hails from. We’re supposed to be escaping from Brussels and all it stands for (and by the time you read this … who knows what’ll have been decided) but it might be worth the Eurostar trip.