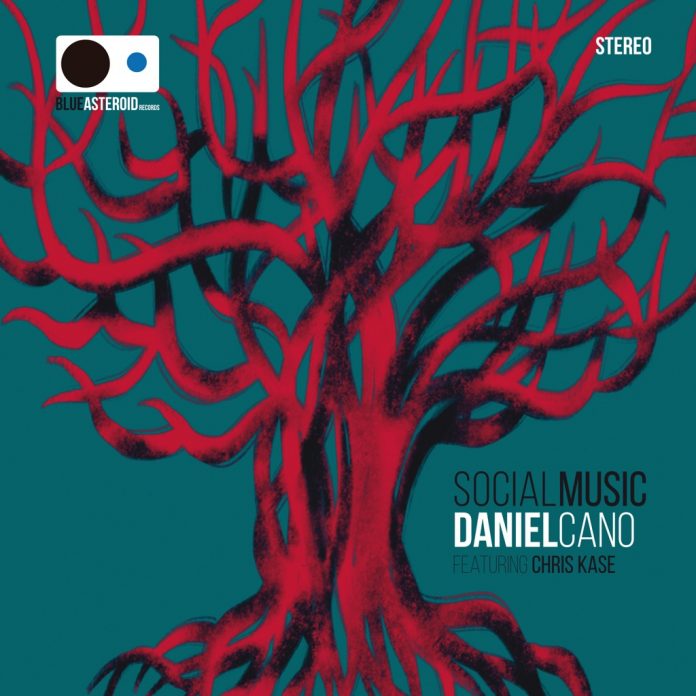 Older readers might remember that Miles Davis preferred “social music” to the hated “jazz” label. It has merits as a definition, despite the “socialist-realist” vibe that hovers in the background. And it works here, because what Cano does, despite the own-name nature of the project, is deliver a strongly democratic group sound. Fusiony rhythm sections are all the rage right now and the combination of Fender Rhodes, guitar and electric bass, plus the title track’s heavy use of wah-wah on the horn gives Social Music a hard-to-date patina.

Second trumpeter Chris Kase only appears on the first two tracks, which seems like a missed opportunity. There are at least two other lines that could easily have used a different style of phrasing or brass texture. The leader has an oilier and more legato sound, especially when he switches to the flugelhorn (or fliscorno!). The only remotely dull track is Pineapple Soul, which funks away dutifully for the five+ minutes Cano seems to think is our maximum attention span, and it does open the door to the slightly treacherous thought that this music, heard in a less generous spirit, may be dismissed as “social” in the sense of workmanlike and utilitarian.

Fortunately the soaring, suspended line of Fly On The Wall (which uses some kind of processing to suggest a shadowy second horn) restores faith and enthusiasm, but it is odd to come across an album on which every track is pretty much the same length. A couple could have been despatched at speed, while others (Fly in particular) might have benefited from a longer, more Milesian approach. And we need to know if there’s an anecdote behind Hon, A Couch Has Fallen From The Sky.

If this has started to sound diffident or even sceptical, that’s a bit unfair. I’ve nothing but admiration for young musicians who put out records of this duration, rather than packing them to the limits with filler or dud covers. My abiding instinct is that I’d like to catch Cano at a festival or in a club, especially if he gives his mucker Chris a generous walk-on part. The others in the group play for the group and with unflagging conviction.

Elliot Marlow-Stevens - 04 January 2021
Shadow Logic is the debut album from Axon Radio, an American jazz duo made up of bassist Corey Carleton and drummer Travis Brant. For their first release the pair...