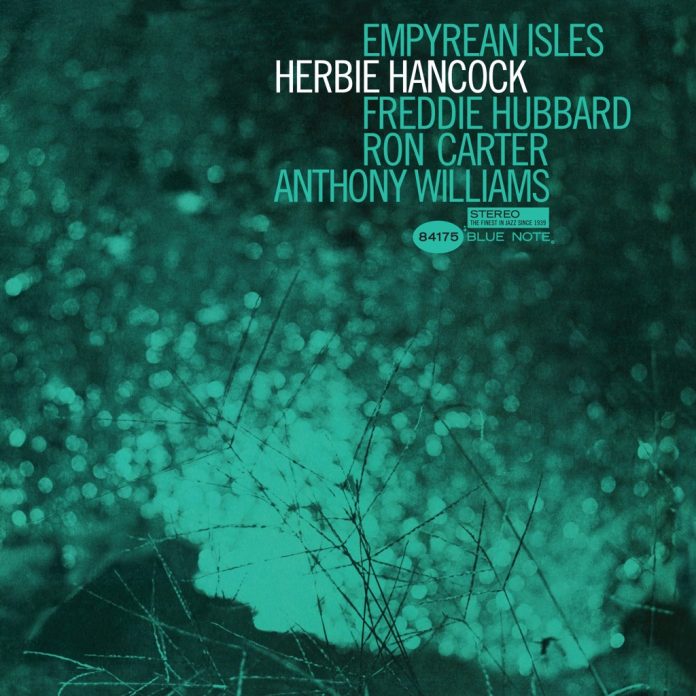 As I write this review, it’s 55 years to the day since this great album was recorded, and its pianist, composer and leader was already on the way to becoming one of the foremost musicians of the late 20th and early 21st century. So what more can be said about this recording now that it’s been released again on vinyl in 2019?

Well, it’s something of a novelty to get to review an album from a vinyl copy these days, and it’s also something of a novelty that I’m reviewing the actual physical product that the consumers will buy, unlike what often happens now with CD review copies, where the magazine is sent a minimal low-cost version of the actual physical product for review. I could also talk about the difference it may or may not make to hear the recording from a vinyl copy (this one of Spanish origin) rather than a CD, but I’ll save that for a more detailed mention in another forthcoming vinyl release review.

So let’s talk about the music, the leader, and the playing. Hearing the lightly swinging opening track One Finger Snap in 2019, Hancock’s solo sounds rather like Kenny Kirkland, but of course it’s the other way around chronologically and in terms of influence. Both pianists share the same harmonic and melodic language, but Hancock has a lighter, wispy delivery to his right-hand phrasing, whereas Kirkland with his additional Tyner influence has a heavier delivery, which is also arguably exaggerated in recordings by the quality of the piano – Kirkland would have most likely been playing larger, higher quality modern concert grand pianos on recordings, and he also has more of a sense of urgency and building, as a solo progresses.

Oliloqui Valley, starting with Carter’s big-toned solo introduction, gives the first hints of what’s to come on Hancock’s next great album (and one of my favourites) Maiden Voyage. Cantaloupe Island needs no introduction, being one of the most heavily played and sampled jazz tracks, taking its popularity way beyond the jazz realm – in these respects it shares much with another album from the same era – Horace Silver’s Song For My Father. Closing the album, The Egg is by far the longest, most free, interactive and experimental of the tracks, evolving out of a very short theme based on rhythmic fragments.

Overall this is a great album, played by a great line-up, and I enjoyed using a product for review that somehow seems like the actual artefact, complete with its large-scale artwork and sleeve notes, rather than a poor modern-day impersonation of a recorded product.

Peter Gamble - 06 July 2021
Before Jimmy Smith and a whole host of acolytes became known for their talents on the Hammond B-3 organ the man in the driving seat was Wild Bill Davis,...