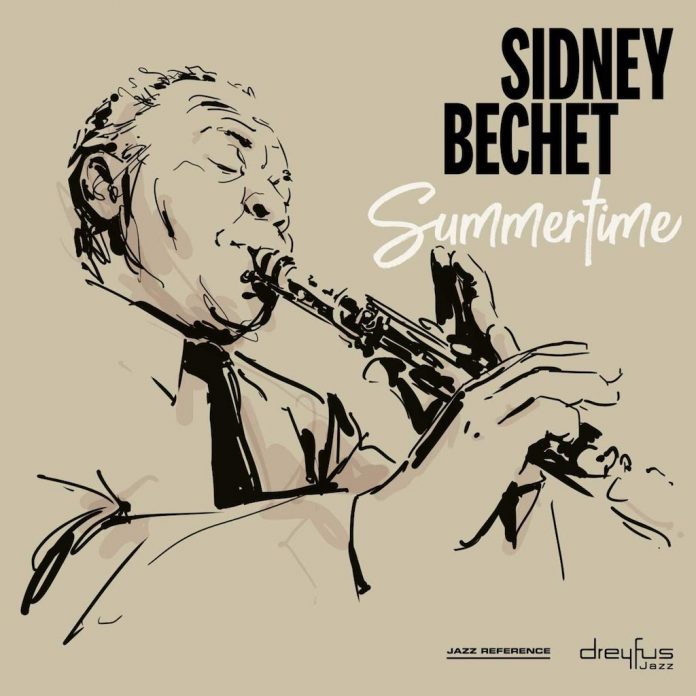 Reputedly, Sidney Bechet was a dominant force on stage and it is hard to think of any studio sessions where this characteristic was not in evidence aurally. Not only did he exercise control over the musicians with whom he performed, he also controlled his instrument, the straight soprano saxophone being less amenable than its curved kin.

While this implies that he was inclined to be aggressive (and it might seem that he really was), musically it means that nothing he ever recorded becomes merely background music. Had he lived on into the days of smooth jazz I feel sure he would have blown it into the outer reaches of popular music and presided over its burial.

On ballads, such as Mon Homme, What Is This Thing Called Love and Summertime, he interprets the unheard lyrics with feeling. However, most of the selections here are played at mid-tempo, which suits his style very well indeed. Among these are several examples where it becomes clear that Bechet is one of those frontline players who enjoys being backed, even propelled, by a strong drummer.

Pianists apart, not many of Bechet’s sidemen are allowed much space, Charlie Shavers (on What Is This Thing Called Love) and Rex Stewart (Stompy Jones) being exceptions. In passing, Bechet plays clarinet on only two tracks: Blues In Thirds and High Society.

As is to be expected, this reissue is a succession of showpieces for a remarkably good jazzman who in his day was unchallenged on his instrument. Even in post-Bechet years only a few other musicians played soprano saxophone effectively, one of them being Bob Wilber who is heard here (playing clarinet) on Kansas City Man Blues. Indeed, Bechet was Wilber’s mentor when this track was recorded more than 70 years ago. That is a long, long time, but all tracks have aged majestically.