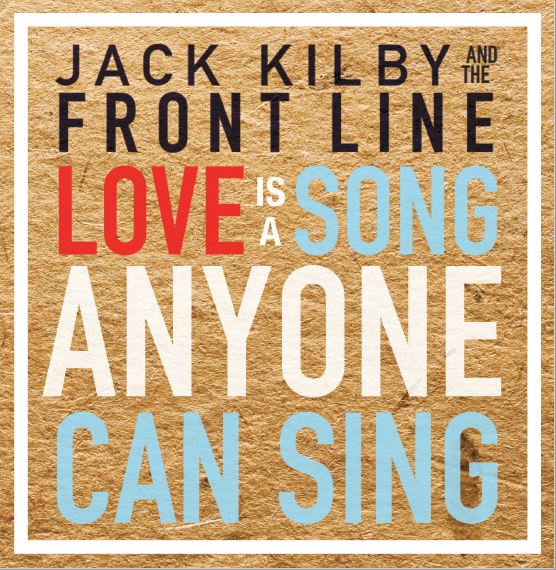 Jack Kilby’s JKFL is basically a straightahead jazz big band. The frontline consists of Charles Owens on tenor sax and he gets a good measure of the solo space here. John D’Earth is on trumpet and Elad Cohen the trombonist. All three are represented on the opening track, the title piece. Owens plays sinewy tenor and the rhythm section drives hard and fast.

Next on the agenda is Hipsippy Blues, a downhome soul type concoction typical of its composer Hank Mobley. D’Earth takes off on trumpet as the leader inflames the backbeat in true Jazz Messengers fashion. Pianist Johnson solos next and he too is on a Messengers kick with the ghost of Bobby Timmons standing at his elbow. The difference is that the full band are playing riffs in the background. Herbie Hancock’s A Tribute To Someone has tight ensemble work and solos bursting out from Owens, on good form here and the band in full flow.

Overall the music played is quite comprehensive, with selections from Bricusse/Newley, Hancock and Mobley from jazz, Gustav Holst from classical music and Radiohead from rock – or is it pop? Not sure about this one: Life In A Glasshouse.

Between the main tracks some members of the band play snippets of the title tune and this makes the track numbering on the CD difficult to follow apart from well-known selections like Holst’s Jupiter from his Planet suite and the Hancock and Mobley compositions.

Pianist Johnson has some good, glowing solos on tracks where he is not on a Messengers kick and the rhythm section are consistently hard driving. Maybe because of the wide range and occasional incompatibility of the material, this release occasionally sounds somewhat disjointed, but some very fine individual solos help to make it overall a sturdy enough recording.

Ronald Atkins - 29 April 2019
For organ buffs new to Pat Bianchi, a clue as to what they can expect may come from discovering the guitar-drums support on many tracks is provided by Paul...