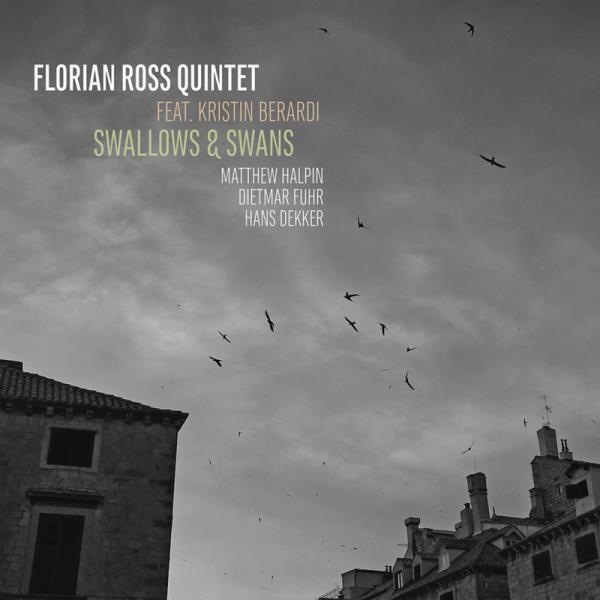 This album seems as though it’s very much centred around the singer Kristin Berardi (although the voice actually features on around only half of the tracks), but not in a singer plus backing quartet kind of way. The voice is integrated beautifully within the overall ensemble, very much feeling like part of the band, so Berardi is neither token gesture guest vocal, nor diva to be accompanied.

The press release for this CD says of the leader Florian Ross “While many of his European colleagues consider it a virtue to distance themselves from the mainstream, another camp makes an effort to continue the American jazz tradition in Europe as authentically as possible”. Ross’s music is a refreshing break from an often embarrassing programmatic context, and yes, the music here seems to sit very comfortably somewhere between the two camps, having something of a sound of its own.

All of the compositions and arrangements are by Ross (who has a quite prolific output – this is his 18th recording since 1998), except for The Silver Swan by Orlando Gibbons, and The Lark In The Clear Sky, an old Irish air. The lyrics are all taken from the 19th-century writers Sir Samuel Ferguson, Robert Louis Stevenson, and Henry Wadsworth Longfellow, apart from those for Looking Inward and Cold Smoke which are both from Berardi.

The music often has a very fluid, almost effortless feel to the way it’s played, even in the most reflective moments, and one of the highlights is the way that Halpin’s sax lines (particularly on soprano) interact with Berardi and vice versa. Berardi seems to be both an excellent singer of songs and a soloist, and when she scats on Albatros it doesn’t seem to have dropped from a great height from the American tradition, but rather it’s in keeping with the context here, as she weaves in and out of the similarly fluid soprano sax bursts.

Florian Ross gets occasional moments to shine on piano, as both soloist and accompanist, but like all good leaders he seems far more interested in the sound of the group as a whole, and giving the other players the space to function to the highest level.