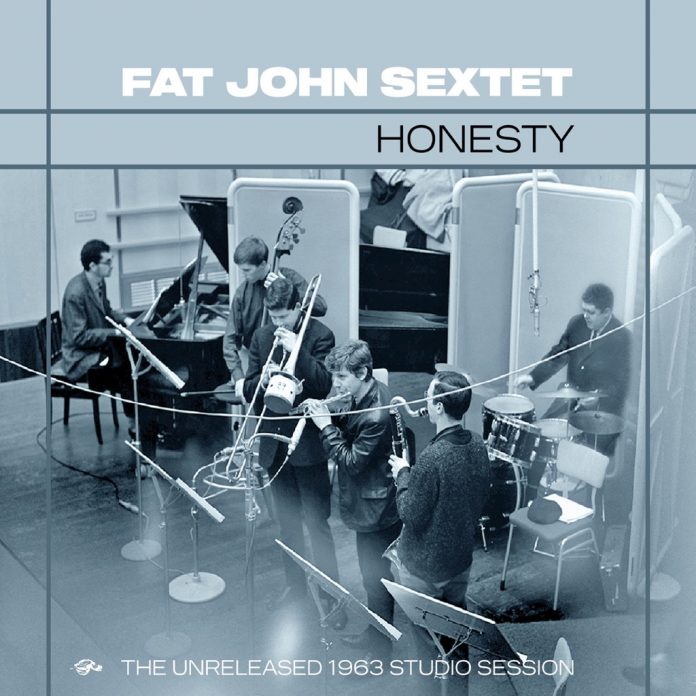 How a sensitive and tasteful musician like English bandleader John Cox wound up with such a tasteless nickname is a mystery. His interests always lay in modern jazz and, now that he’s dead, his name has here been identified with imaginative and creative jazz of a very high calibre. I remember the only occasion on which I saw him, leading a mainstream band at a club in Liverpool. But apparently his heart was never in mainstream, for he took his inspiration from the legendary Kenny Graham’s Afro Cubans.

The wonderfully researched and lucidly written booklet essay by Simon Spillett will take you an hour to read, but at the end of it you’ll know everything there is to know about John Cox. As a fellow journalist I can’t begin to imagine how Simon ferrets out the lorry loads of detailed history that he does. The music is a match for the quality of Simon’s writing, and John Cox had attracted to his group some of the finest young mainstream-modern players of the time.

Tenor saxist Tony Roberts is at the heart of much of the music, and he is a brilliant soloist and arranger of his own delicate compositions, and also of the jazz standards that were then quite new but have by now laid low for long enough live down their subsequent hackneyed lives.

You’ll find here too a showcase for one of the most exciting contemporary trombonists, the young Chris Pyne, who only really achieved any prominence when he was chosen by Humph for his band. Also along is John Mumford, another undeservedly obscure trombonist who had by this time moved from Bruce Turner’s Jump Band to work for a slew of modernists, including Graham Collier. It’s probably from this band that Humph also acquired Ray Warleigh, here a hot water geyser of improvisation bursting through Roberts’ palette.

Roberts and Warleigh demonstrate their mastery of the fashionable new horn to double on with the flute duet on Blues For Snorty Bore (don’t ask). The flute, John Cox told The Melody Maker, has become to modern jazz audiences what the banjo was to trad. It hardly seems a just or kind analogy, and the light touch virtuosity on display has no affinity with the clankers of evil intent.

Most of the material on the first session consists of early hard bop tunes. Watch out for the fine piano of Peter Lemer (he arranged Fictive and, incidentally, was soon to have a regular quintet which provided a home for John Surman), a man unknown to me until now but still around.

Oddly, the purpose of the music recorded at this session was not to make an album by the group but simply to try out the acoustics and efficiency of their new studio for the Pye company. It’s fortunate indeed that the test tapes have survived and without any audible deterioration.

This is one of those albums in your collection that you’ll find yourself playing often, and no wonder, for it is music of the highest quality throughout.

Simon Adams - 10 March 2019
I have always – wrongly – thought that Oregon was an ECM creation, one of Manfred Eicher’s inspired combinations that stuck together for a short time and then went...