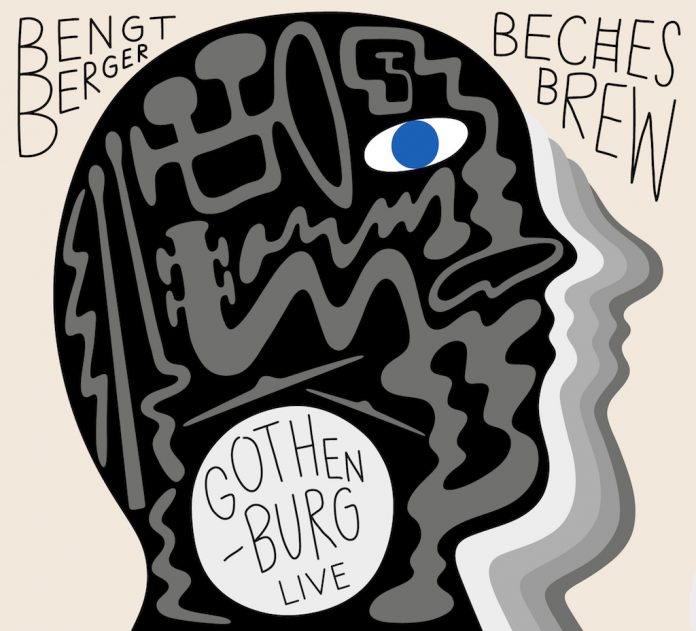 This Swedish musician has long been a favourite of mine. From his early days in the exploratory Rena Rama quartet with Lennart Åberg (saxes, f), Bobo Stenson (p) and Palle Danielsson (b) and his collaboration with Don Cherry on the early 1980s ECM classic Bitter Funeral Beer, to a wide spectrum of projects over the past 30 or so years, Berger has always been both a kicking drummer and a painter, or poet, of musical modes and moods.

Very much his own man – a touch more Ed Blackwell than Elvin Jones, if one had to offer an indicative characterisation – he’s always been open to pushing the musical and spiritual parameters of the music, taking much stimulus from West African and Indian music in particular. At the same time, Berger has always remained aware of core jazz values, with a penchant for offsetting widely configured modal exploration with passages of re-energised old-time swing, chasing choruses and both blues bite and harmonic colour. And, fortunately, a practically cinematic sense of humour is no stranger to his muse – far from it.

This, the latest release on his excellent Country & Eastern label, offers an archetypal example of the free-flowing, yet highly melodic suite-like approach that characterises his music. All the compositions are his: while “Mingus” cuts fresh tracks through jazz tropes (with fine lines from bassist  Viktor Reuter) “Penye Gahu” epitomises, in good part, the floating, almost metaphysical quality that can infuse Berger’s charts as Gustafsson and Jäderlund interact to haunting effect over nudging, sparely cast colour and offset pulse from Klinghagen, Bellnås and Berger.

“Grinding”, “Jädermeister” and the title track are funky swingers, the last featuring both some double time fun and stop-time duet figures from Gustafsson and Jäderlund, while “Flabby Dick” features the aforementioned Berger humour – hear, also, “Hanuman Jump” and “Kvintessens” – as well as  some firmly grooved swing and beautifully pitched, free-touched group improvising. “Another Song” ends the programme on a meditative yet high-pitched note of lyrical quest, a suitable coda to an album as multi-hued as it is crisply focused.