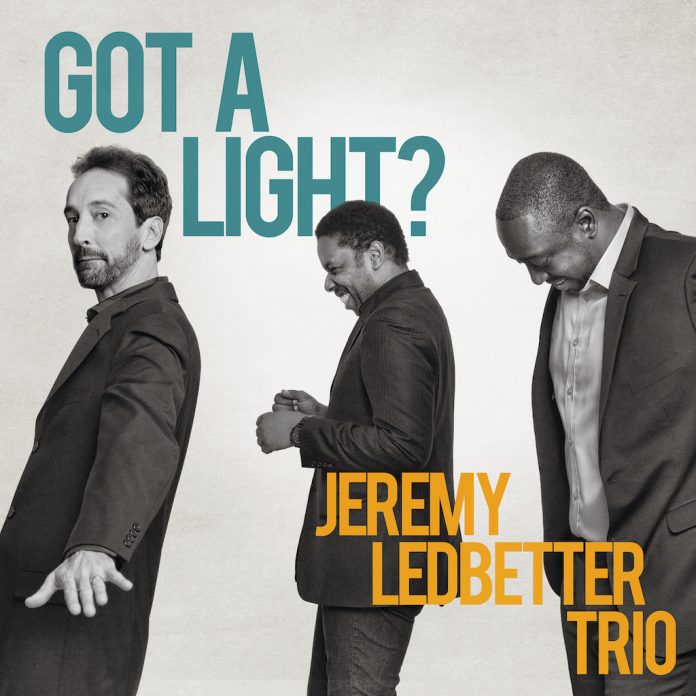 Got a Light is the Jeremy Ledbetter’s Trio debut album. The three musicians – Ledbetter, Larnell Lewis and Rich Brown – are Canadian and have each previously pursued virtuoso work. The album is said to be about “story telling” and there is certainly a cinematic feel to the music.

“Amanecer” is the opening track and feels as vast as the Canadian prairies in its scope. “Got a Light” is the title track and has a much more haunting vibe. Ledbetter’s piano work is pacey and the interplay with drums and bass good. Whilst the main theme can become a little repetitive at times, there is also some clever improvisation by Ledbetter.

“Her New Wings” has a really nice Antonio Carlos Jobim feel to it with authentic sounding vocals by Venezuelan Eliana Cuevas. “About Climbing Mountains” maintains a riff throughout not dissimilar to “jingle bells” but thankfully moves onto more creative musicianship for the rest of the track. “Mais Um” returns to the Latin-style rhythms and contains some nice virtuoso bass playing from Rich Brown. “Suspirito” slows the pace down nicely and has a Bob James “Theme From Taxi” quality to it. In fact Ledbetter reminds me a great deal of Bob James the more I hear him play.

“Gift Shop” opens in similar style but develops quickly into a more raunchy style with driving bass and drum dominating Ledbetter’s frantic keyboards. “The Pepper Drinker” maintains the foot on the gas whilst the final track “The Tightrope Walker” takes us back to the big screen and big vistas.

The album is a strange mix, but overall I liked it. Their aim to tell musical stories and take the listener on a journey is largely fulfilled. There are times when repetition can be a little obvious but overall a good first outing for a talented set of musicians. The comparison with Bob James is a serious one and I suspect Ledbetter would make a good choice for film or TV work.

Dave Gelly - 05 February 2020
It comes at you so forcefully with that thick, slightly muddy tone, full of fury and despair, that, if you're at all susceptible, you just have to listen. It's...