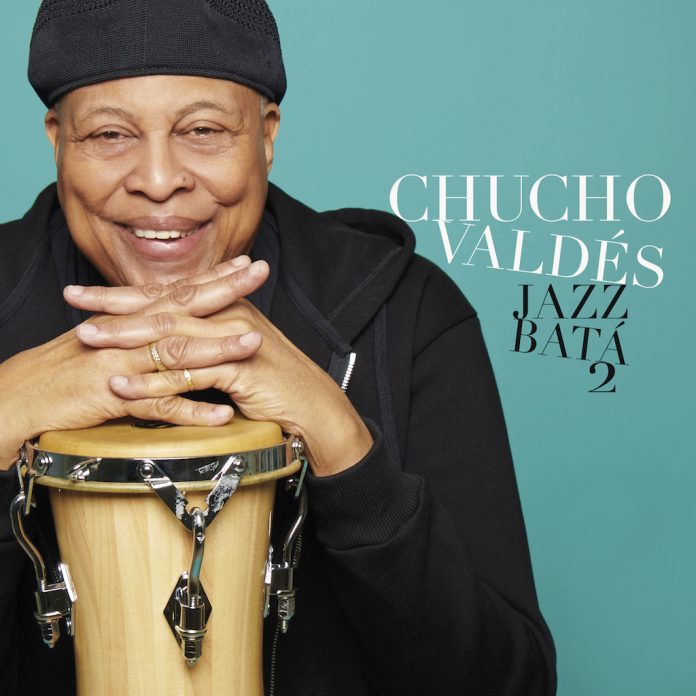 This is a heavy-duty Latin jazz-orientated album, so if your interest in Latin grooves as a jazz listener doesn’t extend much further than bossa nova, it might be best to look elsewhere. The long, sometimes intense opening track features a fine arco solo from Yelsy Heredia. This and the tone cluster-dusted Son XXI give way to McCoy Tyner-like piano improvisation, and music which is increasingly groove-based as the album progresses. The interaction within the band, upon these grooves, is something to behold.

Valdés opens the album in solo piano mode, utilising the aforementioned clusters, and there’s more solo piano work later in the album. The country blues introduction to “Ochún” pretty quickly makes way for another great Latin groove, and one of two guest appearances by the wonderful Regina Carter on violin, the other on “100 Años de Bebo”. On “Chucho’s Mood” there’s some trademark quoting in the leader’s solo, this time from the theme and introduction of Duke Ellington’s “Take The ‘A’ Train”, and also from Chuck Rio’s Latin tune “Tequila”.

“The Clown” is a virtuosic solo piano piece in sometimes overtly Debussyesque fashion, however, Valdés demonstrates a level of virtuosity that would appear to be well beyond Debussy’s, judging by recently unearthed recordings of Debussy playing his own compositions, but this is not a slight on Debussy as a composer.

Time for a short aside on Debussy: There isn’t space here to fully debate the merits of performances by Debussy of his own works, compared to subsequent classical pianists, the argument sometimes being that Debussy’s performances of his pieces is inferior to that of others who followed, who are often playing an edited version of the original score. This is perhaps a strange argument given that there’s evidence to suggest that Debussy would have deliberately played his own piano pieces in a more loose and flexible way (almost jazz-like) than the published scores might suggest, and surely he would have played his own compositions the way he wanted them to sound.

Anyway, if you love to listen to the highest quality Latin jazz-orientated music, you should buy this album without hesitation.

Brian Morton - 25 May 2020
Ephemerals went through an early phase as an out-there soul band before exploring Alice Coltrane’s legacy and then re-emerging as a highly eclectic outfit, embracing spoken-word, psych, and soul...