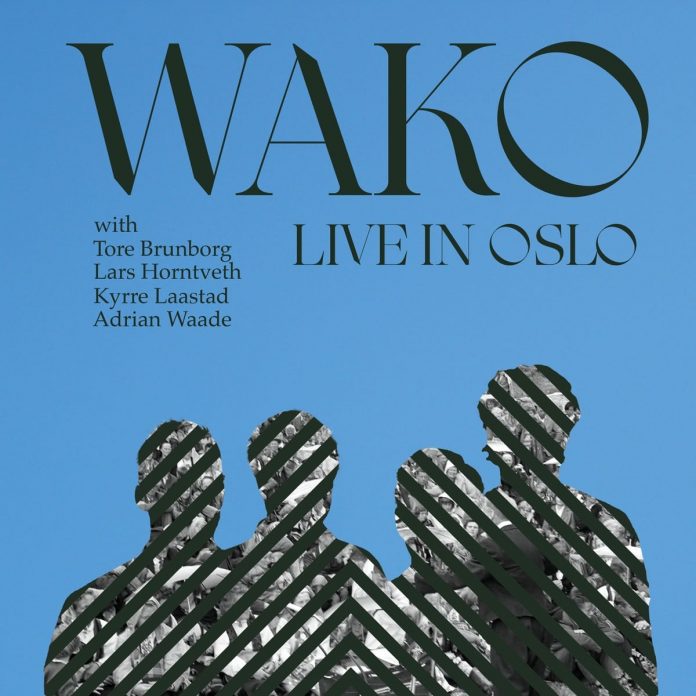 Norwegian quartet Wako is vibrant proof that jazz can move forward in ways which embody heritage while incorporating free improvisation. On the group’s fifth album four becomes eight with the augmentation by guest musicians and the pursuit of a more rallying collectivity.

The octet sides – six out of the album’s nine tracks – were recorded before an audience at Oslo’s Nasjonal Jazzscene. They switch with ease from one mood to another, always aware of which sounds are right for each composition and which dabs of colour add further decoration.

The past seems to roll into the lengthy Hele Verden Er En Boble (English translations would have been useful) aboard Bádur Reinert Poulsen’s bass, which encourages reflections of both Mingus-style ensemble and bop quirkiness before guest Adrian Løseth Waade’s violin swings into town and the past is eventually buried in tumult. Arising from that are Kjetil Mulelid’s piano in consort with Simon Olderskog Albertsen’s febrile drumming, a soprano sax thrash by Martin Myhre Olsen, and then a bass-led coda of heavy riffing. Described thus it might all appear perverse and disorderly; it’s anything but.

Judicious editing contrives to segue En Liten Halvtime Senere, another of the octet’s Nasjonal charts, into the lazy-lyrical Stjerneskipet by Wako proper in the first of three sides recorded at the 2020 Oslo Jazz Festival. The former is preceded by a meandering piano intro in which Mulelid appears to be seeking purchase on a simple but buried theme. The octet cottons on, and pulls its resources (the expanded format includes steel guitar and electronica as well as Mulelid’s piano doubling synthesiser) into a dense wave-like surge before the emotional state lightens in readiness for the quartet. Not even an eerie passage for synths can disrupt the languor of piano and soprano sax in that.

Tradition returns as a ballad for the final Snart Blir Jeg Far but it’s treated as though balladeers hitherto had been grounded or a conventional quartet had failed to see the permutations possible for the familiar line-up of sax, piano, bass and drums (and synthesiser). Wako extracts every last possibility from its sonic resources. It happens with guests alongside in Savage Detective, by plumbing bass depths in Dagdrømmeren, and upping the wattage in Trakterer Du Musikk? for an insistently rock-like eight-in-a-bar. There’s always something going on here and it’s always musical, often surprising and sometimes astonishing.

Bruce Crowther - 26 August 2019
Although this is her debut own-name release, Elizabeth Tomboulian is a widely experienced singer with a long history of performing in multiple genres. Starting out in the 1970s as...