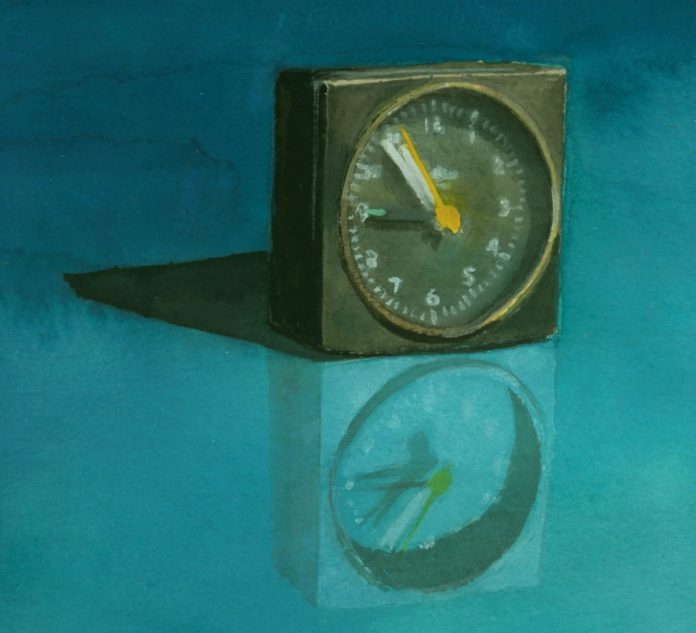 The cover of Searching For The Disappeared Hour, released on pianist Kris Davis’s Pyroclastic Records, features a contemporary design classic – a Braun portable alarm clock, which is presumably searching for the disappeared hour. The album, by two leading jazz improvisers of our time, may also turn out to be a contemporary classic. In jazz, guitar and piano are often regarded as awkward partners. But as Sylvie Courvoisier and Mary Halvorson comment, the Bill Evans and Jim Hall album Undercurrent worked out well – it’s an inspiration for Searching For The Disappeared Hour.

Courvoisier and Halvorson’s first release, Crop Circles (2016), was recorded after they’d performed just one concert together. Since then they’ve toured, and composed specifically for this follow-up project. These are two very sophisticated intuitive improvers, but their work together isn’t easy to grasp, I’d say – its quicksilver changes have taken a while to pull me in.

An example is the composition Moonbow, which is a result of Halvorson inadvertently playing a step behind on a tune during the Crop Circles sessions – an effect that the pair felt was so beguiling, they did it on purpose second time around. Halvorson’s Bent Yellow is an example of the quicksilver eventfulness I referred to, with its constant array of new turns. Torrential features piano filigree against deliberately lugubrious guitar, while Faceless Smears is delicate and beautifully plangent.

This is music that refers quite broadly to musical traditions. Thus Courvoisier quotes Beethoven’s Moonlight Sonata in Golden Proportion, while in Faceless Smears, Halvorson references Lucy In The Sky With Diamonds. There are three spontaneous improvisations interspersed among the composed songs. This is tricky, tricksy music that takes several listens for its full impact to be absorbed. Give it time, and its magic should draw you in.