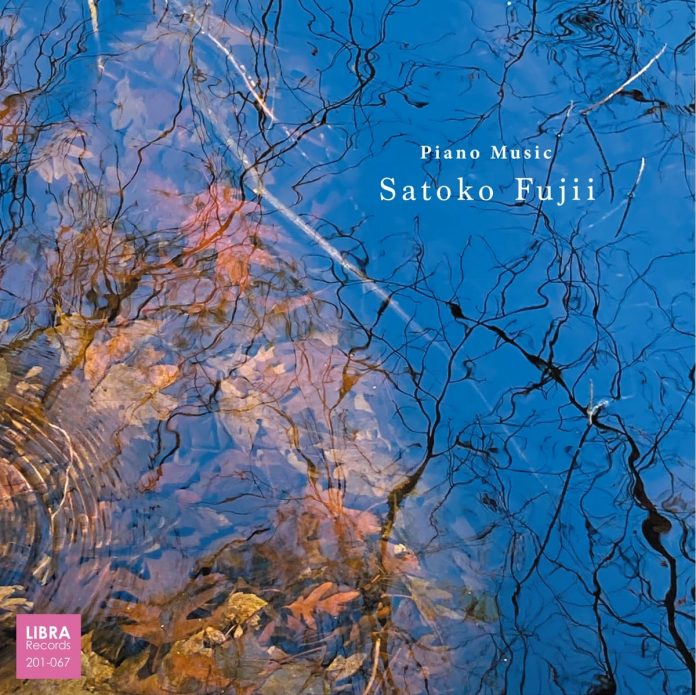 Japanese pianist and composer Satoko Fujii is quoted as saying that she “wants to make music no one has heard before”. Well, she has certainly succeeded with this solo “piano” record. I say “piano” with raised fingers, because the one thing you never hear is the sound of gently touched open notes and rich harmonic chords emerging from a keyboard.

Instead, she pre-recorded snippets of prepared piano music she refers to as bricks of Lego: each snippet was an improvisation on a single theme, some the result of plucking the strings or dropping chopsticks on them, others bowing the high strings or rubbing the lower strings with a felt mallet. These snippets of sound she then transferred to a music editing app to build up into two larger works, each of which are a patchwork palette of unique sonorities.

Putting together these small fragments into a larger structure was “just like improvising”. She added: “I would play a section and most of the time without pausing, I would just drag the next part I wanted to follow it . . . I kept telling myself ‘Take your time. Take your time’.”

The two pieces here evolve so organically that you cannot tell that they’re stitched together from such small, random elements, but they do have a surprising structural coherence. Shiroku (“white” in Japanese) opens with a long drone before developing into a quietly reverential piece decorated with unexpected echoes of birdsong and animal-like noise. While the logic of the piece remains elusive, you sense that there definitely is one.

Fuwarito (“softly and lightly”) organises itself around wave patterns that swell and recede like the tide, the phrases shorter and more rhythmic than before. The swirling clouds of sounds, the sparkling tones, woody rattles, and metallic plucks are collectively mesmeric.

This music amazes, transcending its origins in a comprehensive way. It might be a long way from piano jazz as we know it, but it is a sonic adventure worth going on for the experience.

Sophie Prior - 09 July 2021
Guitarist Dan Wilson first emerged on the US jazz scene when Joey DeFrancesco, one of today's most prominent jazz organists, invited him to join his trio. Dan then went...