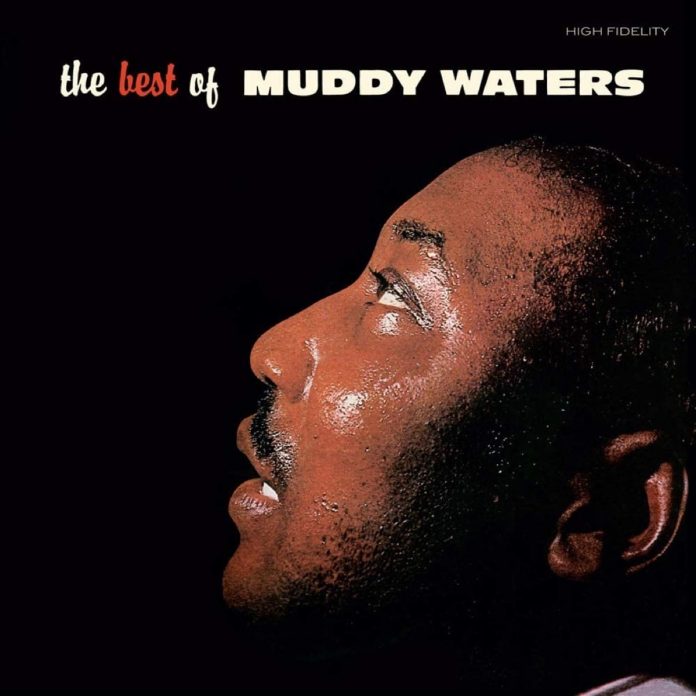 Muddy Waters epitomised the sound of post-war Chicago blues, citing his arrival in that city as the most momentous event in his life. Yet there was never any doubt where his roots lay. Born in Issaquena County, Mississipi in 1913, McKinley Morganfield grew up the way of many of his fellow blues musicians. He was raised in poverty on a plantation by his grandmother following the death of his mother shortly after his birth. He was nicknamed “Muddy” at an early age due to his propensity for playing in muddy water. Money was tight and the church provided young McKinley with his first opportunity to sing. He acquired his first guitar (costing two dollars and fifty cents from a Sears-Roebuck catalogue) at the age of 17.

Early influences included Big Joe Williams (whom he accompanied in local clubs on harmonica) before being discovered by Alan Lomax in 1941, who happened to be in the area recording his Library of Congress sessions. Lomax returned the next year to record him again and these sessions were eventually released by Testament under the title Down On Stovall’s Plantation. A year after recording with Lomax for the second time, Waters took the momentous decision to move to Chicago with the ambition of becoming a full-time professional musician.

Like many of his contemporaries, Waters was not successful overnight. He found himself driving or doing factory work during the day and playing music at night. His first big break came when he was asked to open for Big Bill Broonzy. The audiences were both larger and noisier than what he had previously experienced, and he promptly exchanged an acoustic guitar for electric in order to be heard. In 1947 he attracted the attention of Leonard and Phil Chess who had recently established Aristocrat Records. It was during this time that I Can’t Be Satisfied and I Feel Like Going Home were recorded and became hits. Aristocrat records later morphed into Chess Records and the eponymous single Rollin’ Stone became another hit.

For some reason, the Chess brothers were not happy allowing Water’s to use his regular band in the studio, preferring their own session musicians. Eventually, Waters won out and the likes of Otis Spann, Little Walter, Jimmy Rogers, Elgin Evans and Willie Dixon began to accompany Waters in the studio and produced some of the most enduring blues classics of all time, such as I Just Want to Make Love To You, (I’m Your) Hoochie Coochie Man and I’m Ready. The rivalry with Howlin’ Wolf has become the stuff of legend, fuelled in part by Willie Dixon supplying songs to both artists and each suspicious of who was getting the best. The early 1950s saw the pinnacle of Water’s Billboard successes, culminating in the release of Got My Mojo Working (although, ironically, this single did not chart). Further hit singles failed to materialise.

In 1958, Chess released the album The Best Of Muddy Waters and this limited edition (180 gram, coloured vinyl) is that album with the inclusion of two tracks – Evans Shuffle and Too Young To Know – which were from the same sessions but not included on the original LP. The quality of the vinyl pressing is superb and thankfully Chess could always make high-quality recordings. This album sounds as good today as it did when first released.

After the release of this album, Water’s career did not stall. Thankfully, he was at the vanguard of those blues musicians who toured Europe and played folk and jazz festivals back home. He was also one of a handful of blues musicians who inspired a whole generation of white kids to make music and export it back to the States. The Rolling Stones named their band after the fifth track here.

There were some questionable recording projects in the late 60s; Waters is at his best when he returns to the classic Chicago sound that made him famous. The 1969 album Fathers And Sons (featuring Paul Butterfield and Michael Bloomfield) saw such a return and became Water’s most commercially successful album. The 70s and 80s saw Waters record with the elite of the rock world (including Rory Gallagher, Keith Richards and Eric Clapton) but these appeared to be driven by commercial rather than artistic ambition. “It ain’t the the Muddy Waters sound. An’ if you change my sound then you gonna change the whole man,” he once claimed.

Thankfully, the Muddy Waters sound is well and truly encapsulated in this glorious album, which should be on the playlist of any blues, jazz or R&B fan.