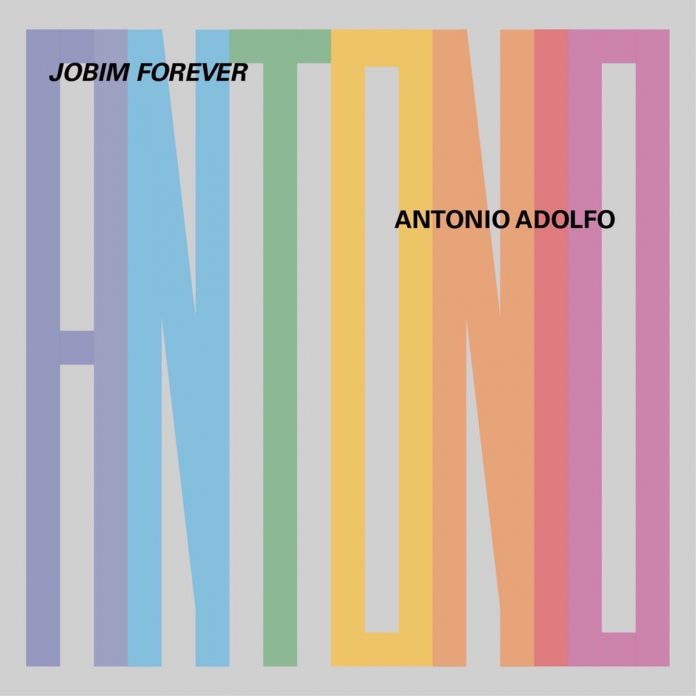 Antonio Carlos Jobim, who became known as The Father Of The Bossa Nova, was one of the greatest songwriters of the 20th century. The subtle foot-tapping rhythms of his music together with its impressionistic harmonies cast a spell that seduced both the public and performers. Ted Gioia has pointed out in his Jazz Standards that in the 1960s the members of New York’s Local 802 musicians’ union could not wait to record a bossa-nova album.

Antonio Adolfo’s love affair with what became known as The New Thing began in 1959 when he first heard A Felicidade. Accordingly, for this recording he has decided to concentrate on early examples of the maestro’s work.

This was a time when Jobim’s innovations were turning Rio de Janeiro into a capital of world culture but for some reason Adolfo has not included Desafinado. Stan Getz put that tune on the map in 1962 with a recording that ultimately paid for college education for all five of his children.

Adolfo’s elegant piano interacts with the tightly voiced ensemble throughout, displaying the lightest of touches that are perfect for the idiom. His imaginative charts are brilliantly interpreted by a band boasting some stellar soloists. Marcelo Martins with his warm Harry Allen-like concept is particularly impressive on The Girl From Ipanema and Inutil Paisagem. There’s also some tasty trombone from Rafael Rocha on Wave and Agua De Beber and the bright, dancing rhythms of Favela are topped with a fluent outing from Danilo Sinna on alto. Jesse Sadoc’s flugelhorn impresses on How Insensitive, which was Jobim’s charming homage to Chopin’s Prelude In E Minor.

After enjoying this CD for a few days I think a more accurate title would have been Jobim Forever And Adolfo Too.

Bruce Crowther - 26 August 2019
Although this is her debut own-name release, Elizabeth Tomboulian is a widely experienced singer with a long history of performing in multiple genres. Starting out in the 1970s as...