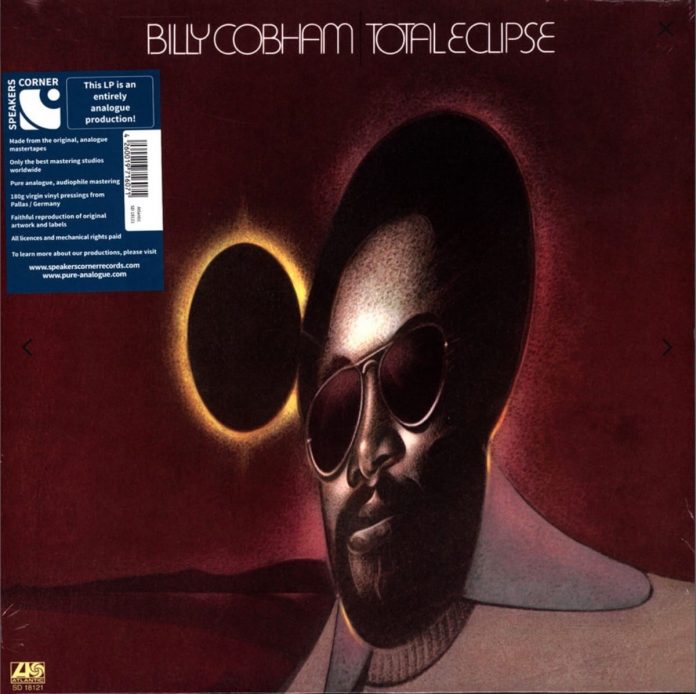 This turned out to be an album of contrasts but always interesting ones. Cobham put together a band of first-rate improvisers in the early 70s although they were not as well-known and respected as they later became.

Cobham’s solar system suite featured heavy, churning guitar from Abercrombie and crashing drum work interspersed with some more lyrical and occasionally softly melodic solo contributions from the likes of the Brecker brothers, Glenn Ferris on trombone and Sue Evans on marimba. Named Solarization, it is in five parts and runs for 11 minutes give or take a second or two. Alex Blake’s electric bass and the leader’s drums drive it along forcefully for the most part except for the marimba solo. Ferris plays a choppy, stop and start type trombone solo but it is not without a melodic twist and turn.

Total Eclipse is a wild workout for guitar, drums and bass and Bandits rounds off side one. Cornell Dupree gets his only extended guitar solo on Moon Germs and the drummer leader thrashes away to favourable effect before leaving the drum stool to play softly lyrical acoustic piano on The Moon Ain’t Made Of Green Cheese. Randy Brecker accompanies here with soft focus trumpet.

Sea Of Tranquillity begins in tranquil enough mood but opens out later to encompass power guitar solos in the progressive rock style of the time but also has smooth, probing tenor sax from Mike Brecker. When we get to the final track, Last Frontier, Cobham plays an extended solo demonstrating his percussive skill well and utilising most of his battery of drums and cymbals. It is a loud, thrusting, comprehensive workout but even this peters out as he leaves the drums and plays a few well-chosen chords on acoustic piano.

This is though one of the best examples of jazz-rock, showing its obvious roots in the mainstream tradition.