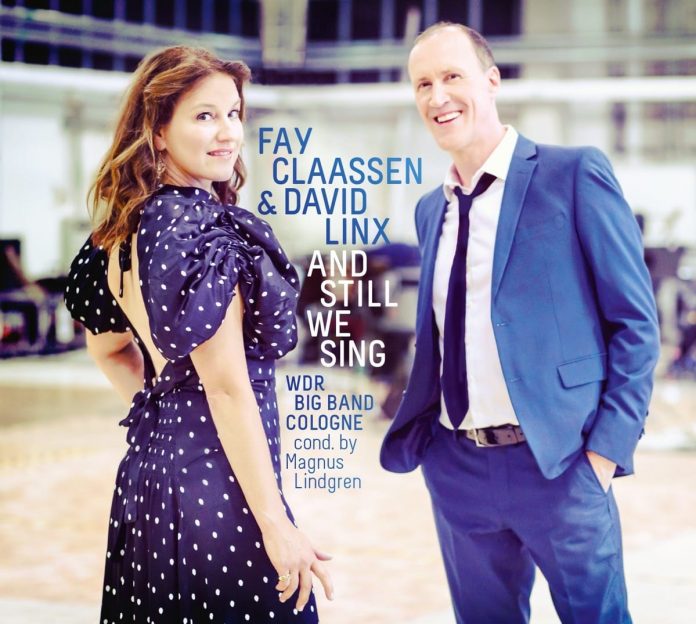 Throughout her 10 own-name albums, Dutch jazz singer Fay Claassen has consistently displayed her qualities, notably her impeccable phrasing and relaxed swing. Frequently on her other albums she has drawn upon the Great American Songbook, where her interpretations of the lyrics have been intelligent, understanding and giving no hint that English is not her native language. On this set, however, Claassen, who is now in her early 50s, draws upon a very different repertoire.

Four years older than Claassen, Belgian jazz singer David Linx has led or co-led more than 20 albums and has also taught vocal jazz both in Belgium and the Netherlands for almost 30 years. During this period he has worked often with visiting jazz artists from America and several European countries. He has also ventured successfully outside the confines of jazz, notably on the 1990 album A Lover’s Question, on which he collaborated with novelist and activist James Baldwin.

A lasting influence on Linx is Mark Murphy, whom he accompanied (playing drums) on some of the American singer’s tours in Europe. Linx is also the lyricist for seven of the songs performed on this album (and composer of Along Goes Betty and I Will Build Myself A Nation), while Claassen is composer-lyricist of Feel The Beat.

Throughout, the ensemble playing by the WDR Big Band is crisply effective and the arrangements effectively frame the vocals. And it is to the singers that the album belongs, their interpretations of the lyrics and lively scatting, together and separately, providing vivid examples of contemporary jazz singing at its best.

This will appeal to many, especially those readers of the same generation as the singers. The accompanying booklet has brief notes from Claassen and Linx and the full lyrics for all the songs (except In A Sentimental Mood), as well as the poems spoken by Linx and blended with Sum It Up and Biding My Time.

Bruce Crowther - 27 April 2020
Although new to me, this pleasing young singer has been active for more than a decade, making her first album in 2009. Born in England, she moved to Australia...