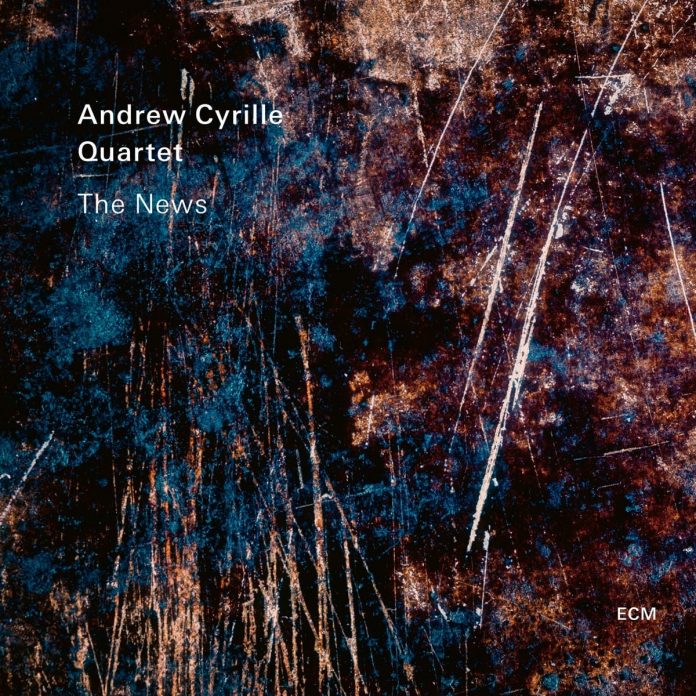 Now 81, Andrew Cyrille is best known as the drummer on some of Cecil Taylor’s greatest performances – he worked with him for more than a decade from 1965. But his recordings as leader have approached that stature. In recent years these have been on ECM.

The News is Cyrille’s third album for the label, the sequel to 2016’s The Declaration Of Musical Independence. Both albums feature Bill Frisell and Ben Street; the veteran drummer called on pianist David Virelles to replace longtime collaborator Richard Teitelbaum, who died in 2020.

The pianist and guitarist understand how to keep out of each other’s way, though to describe the album as a series of trio episodes, as one writer does, is an exaggeration. Frisell and Virelles offer a sympathetic lyricism that floats over the drummer’s often lightly enunciated but always beautiful time.

The title track is named after a solo conceptual piece that Cyrille recorded in the late 1970s, using his brushes to play newspapers covering his snare drum and toms. In the current quartet version, its crinkly textures are now enhanced with Frisell’s extended techniques and a surreal atmosphere. Frisell contributes three compositions including the gorgeous, anthemic Mountain.

The drummer’s light pulse informs Go Happy Lucky, a characteristically quirky Frisell blues; he is on brushes on the guitarist’s beautiful ballad, Baby. Virelles’ Incienso (“Incense”) is a haunting performance where the pianist stretches the gentle rattle that the percussionist offers, until Frisell joins them and a groove develops.

Leaving East Of Java, a composition by pianist and AACM associate Adegoke Steve Colson, is cleverly bookended by an ad-lib tempo opening and conclusion; its main section gradually accelerates into powerful free jazz. The closing, romantic ballad With You in Mind begins with the leader reciting an original elegy.

Brian Morton - 28 December 2019
I’ve been negative to the point of harsh about another of Christoph Gallio’s recent projects (Road Works’ Glassware) so this was approached not so much with trepidation – I’ve...