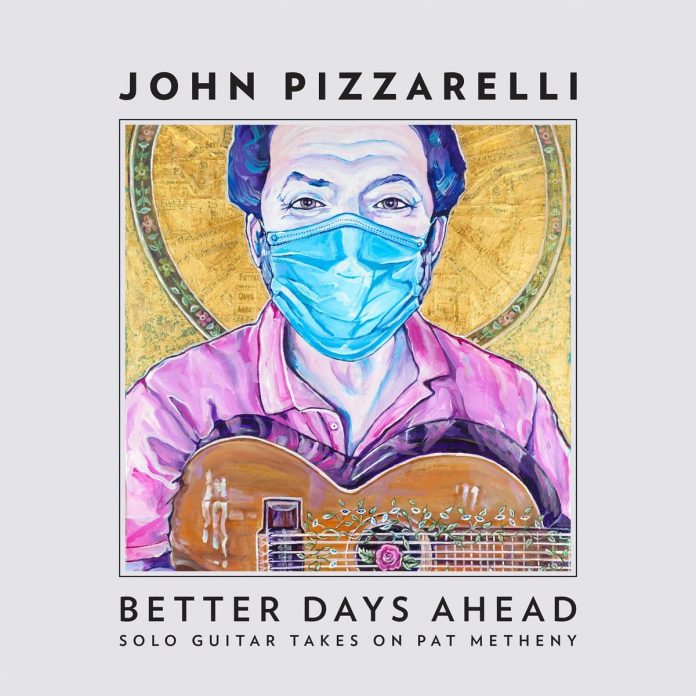 2020 has been a tough old year for most of us but for John Pizzarrelli it’s been an especially tragic one. Two weeks after having to cancel all his live shows, on 1 April, Pizzarelli lost his father Bucky, the renowned veteran swing guitarist, to the virus, aged 94. To make matters worse, seven later days and after his 60th birthday, his mother Ruth also succumbed to Covid. So within one week both his parents had passed away.

As a practical therapy for coping with the pain of such a significant loss Pizzarelli naturally turned to music and specifically by interpreting and deconstructing the compositions of Pat Metheny, a guitarist whose music both he and his father had shared a common admiration for.

By pure coincidence Metheny contacted Pizzarelli to convey his condolences and when Pizzarelli told him that he had been working on his tunes, Metheny sent him a whole swathe of his lead sheets, a collection that Pizzarelli described as a veritable “treasure trove”, enthusing that it was like “the holy grail to get that from a composer”.

Metheny himself was positively encouraging towards Pizzarelli and his new instrumental project. He was also extremely flattered that someone of Pizzarelli’s calibre, who grew up closely guided by one of the great guitarists of jazz, was reinterpreting his tunes, and by his own admission considered it a great honour. But this was very much a mutual appreciation exercise since Pizzarelli reveals that Metheny influenced him both as a guitarist and as a songwriter saying “every time you hear Pat play, you immediately recognize the beauty of his singular tone” and went on to aver that Metheny’s songs were “always at a very high melodic level”.

The sheer elegance of Metheny’s compositions is certainly evident on every one of these 13 tracks. But undoubtedly it’s Pizzarelli’s virtuosic playing that wows the listener. As a paean to the maestro it succeeds on every level but it’s also apparent that these tunes also serve as a loving tribute to Pizzarelli’s parents.

Replete with intricate harmonies and sumptuous melody lines, this is an album that simultaneous mesmerises and haunts in equal measure. It might be heresy to suggest that Pizzarelli’s interpretations of these fine compositions are actually better than the originals, but at the very least they are absolutely superb renderings throughout.

Barry Witherden - 12 June 2019
Unaccountably, I never bought this LP when it was first issued in 1966, although I had heard it and thought it superb. (My omission may have had something to...