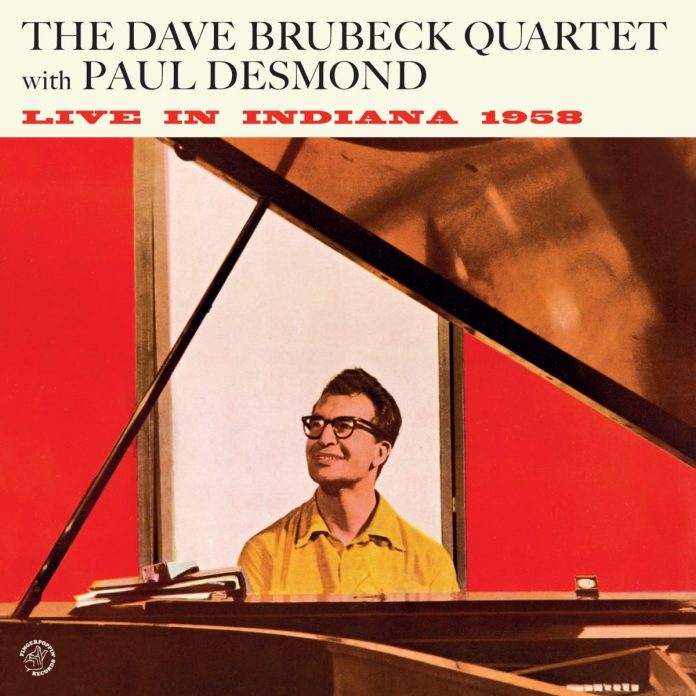 Following a successful tour of Europe in 1958, the quartet played at the Newport Jazz Festival and then headed for The French Lick Festival in Indiana where this set was recorded. The music here mixes elements of European classical music with jazz to produce a programme of compositions that Brubeck soon after recorded in the studio as Jazz Impressions Of Eurasia.

Nomad was inspired by the music of Turkey with Desmond taking a more intense, even at times rather aggressive approach, compared to his sweet and gentle studio excursions. He is inventive in his improvised choruses here and on Thank You and The Golden Horn, swinging it and even, occasionally quoting Miles Davis licks.

Thank You was inspired by Chopin, and Brubeck’s solo is very much in the style of that master. Brandenburg Gate is a different proposition with both Desmond and Brubeck swapping fugue-type phrases in a J.S. Bach manner. The Golden Horn has Turkish connections. The European music is always on display throughout the main repertoire on the first four selections.

At the end of the concert the quartet finishes with Sounds Of The Loop, which Brubeck wrote for his drummer. This is a seven-and-a-half-minute drum solo with Morello trotting out his clipped, percussive short phrases and building up to a long and fascinating extemporisation. Only a short burst from the other three is heard briefly here. It does though, return us to pure jazz music.

As a bonus Finger Poppin’ have added a live recording of Take Five from 1961. Once again Morello is well featured, playing a longer drum solo than on the famous recording from 1959. Mostly though, the Indiana concert sounds like a live rehearsal for Jazz Impressions Of Eurasia.

For comparison, see a last month’s review of another recent issue that combines more material with the Indiana date.