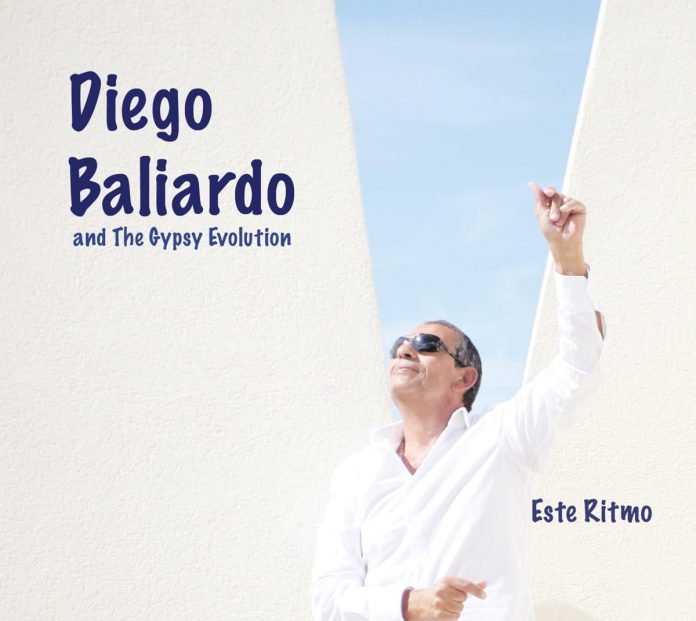 Many readers will remember the Gipsy Kings, the Grammy-winning, Django Reinhardt-influenced, million-selling flamenco-salsa group of French Romany musicians whose jubilant, catchy guitar sounds swamped the airwaves in the late 1980s with hits such as Bamboléo and Djobi Djoba. As well as touring the globe ever since, the band has also collaborated with such mainstream artists as folk legend Joan Baez, French singer-songwriter Francis Cabrel, Ziggy Marley and, er, Bananarama.

Individual members have also released solo projects periodically, the latest of these being Diego Baliardo’s Este Ritmo (This Rhythm), a self-penned 11-track collection of new material recorded at Pierrick Meradat Logical Studio in Montpellier, France. He is joined by The Gypsy Evolution, comprising Baliardo’s guitarist grandsons Marlon and Gibson and the latter’s colleague Antoine Ona on bass, with percussion by longtime Baliardo collaborator Pacheco Rodolfo.

Is this simply a retread of the spirited sounds we know and love, or is there something new here? Well, it’s a bit of both, but definitely leans towards the former. The familiar Spanish guitar sound of the 1980s Gipsy Kings is present, but delivered in a gentler, much less frenetic way; the vocals are also kinder – if unremarkably so – than those heard on, say, Djobi Djoba; and there’s no sign of those rapid-fire handclaps.

The opening Me Voy A La Playa (I’m Going To The Beach) says it all really, but Cara Bonita, with its dreamy chords, light guitar flourishes and reflective vocal, provides a moment for contemplation, with Mi Niño following in the same vein while adding a suggestion of sweet harmonies. Bambino takes a lighter mood with a repeating chorus, and the shuffling title track offers an opportunity for dancers, featuring understated guitar work and what sounds like an accordion and some light orchestration (both uncredited).

To conclude, Este Ritmo is enjoyable and well delivered with good guitar action throughout and should find favour with fans of both the original Gipsy Kings and those who appreciate the Spanish language and world music generally. Indeed, the subtle, lower-gear approach to vocals and guitar style may open new doors for some, although it must be said that a departure from the ubiquitous mid-paced tempo might have made for some variety. However, while there’s not much of Django to be heard here, this is a cool, foot-tapping collection that will play well on a warm summer evening.

Bruce Crowther - 21 August 2020
Since the 1960s, Brazilian music has had a huge international audience and continues to find new devotees. In this instance, it is performed by young Canadian artists, Angela Turone...