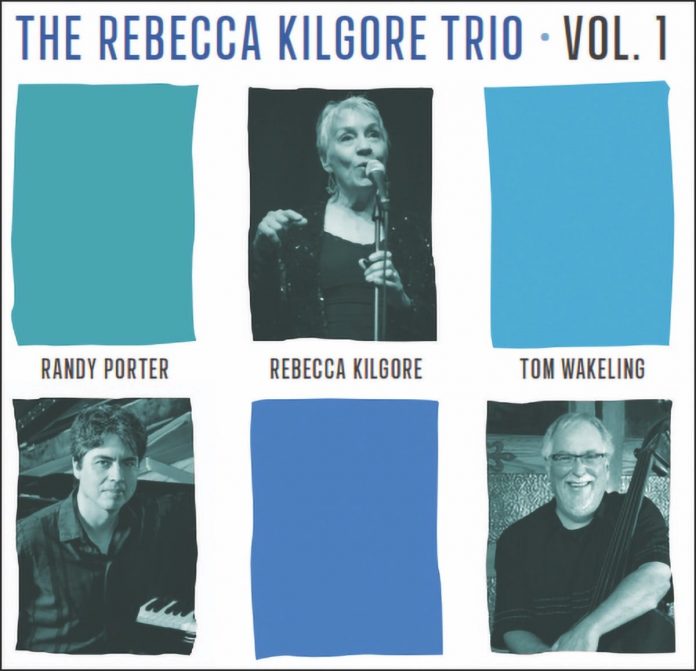 Just as Fred Astaire was incapable of walking across the street without doing so rhythmically so Rebecca Kilgore is incapable of singing four bars without swinging and in both cases it’s inherent rather than intentional. Even in her 72nd year she makes it appear effortless, as this new release – recorded in 2020 – testifies.

They’re not the best set of pipes you’ll ever hear, just as Thornton’s isn’t the best toffee you’ll ever eat. But try sampling just one piece and quitting. Exactly. Kilgore chooses her sidemen as carefully as she chooses her repertoire and Randy Porter’s piano and Tom Wakeling’s bass are out of the right bottle and complement her laidback style to a fare-thee-well.

You’d be hard put to find a more eclectic songstack than Kilgore serves up here; as a student of popular song my eye was drawn immediately to Harry Warren’s Run, Little Raindrop, Run, featured in Fox’s 1942 entry Springtime In The Rockies. Although most of the usual suspects – Betty Grable, John Payne, Harry James, Carmen Miranda – were on hand it was a minor effort and if you remember anything at all about it chances are it will be the take-home tune I Had The Craziest Dream.

Kilgore begins with one of the relatively newer fellas, Dave Frishberg, whose Dear Bix features an imaginary conversation between Hoagy Carmichael and Bix Beiderbecke. There’s another movie song, this one slightly out of left field with a lyric by Dr. Seuss who also wrote the screenplay for The 5,000 Fingers Of Dr. T which segued from flop to cult and Kilgore’s reading of Because We’re Kids helps show us why.

There are also two Dick Rodgers show tunes, one each from his two principal lyricists; Larry Hart provided the lyrics (witty in the verse, alas, not featured here, and mellow in the refrain) for There’s A Small Hotel, from On Your Toes, whilst Oscar Hammerstein stepped up to the plate on The Gentleman Is A Dope, from Allegro, nine years later.

Virtually every one of the 13 tracks is rewarding and I have no hesitation of awarding four stars.

Simon Adams - 16 November 2020
The six-piece Cosmic Vibrations have been gathered together by in-demand vocalist Dwight Trible. The band has been performing steadily over the last three years, building a reputation in Los...