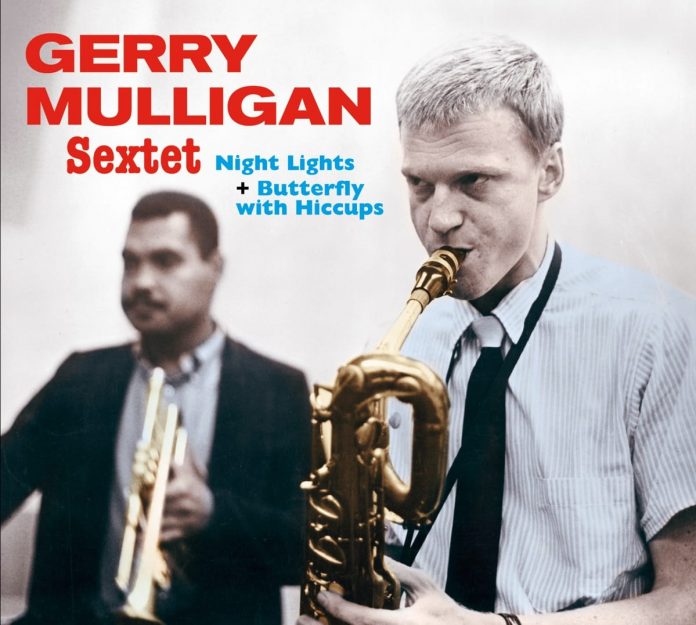 The early 60s was a difficult time not only for Gerry Mulligan but also for jazz in general. Work for his CJB had become intermittent, leading to the band’s final flowering at Birdland in 1964. At the time he worked mostly in a quartet with Bob Brookmeyer, occasionally augmented by Art Farmer and Jim Hall, and this sextet was recorded at Newport in July 1963 (Musica Jazz FDR-1025).

His piano feature Night Lights, introduced here, is one if his most engaging originals and Bud Shank obviously thought so too because he included it on his 1998 tribute to Mulligan titled After You Jeru (Fresh Sound Records FSRCD 5026).

Although he seems to be using a harder reed than usual he handles the baritone with his customary aplomb on You’d Be So Nice, Wee Small Hours and especially Chopin’s Prelude. The latter is charmingly dressed up as a bossa-nova to remind us that it was the inspiration for Jobim’s How Insensitive.

Crazy Day’s construction is particularly interesting. It’s one of his cutest melodies, having a 32-bar sequence when it was introduced on his 1957 Songbook album (Pacific Jazz 7242). He decided to remove the bridge on this recording so the solos based on I Got Rhythm begin after the second A section.

Art Farmer and Jim Hall sit out on You’d Be So Nice, Theme For Jobim, Blues For Lynda and Line For Lyons and as always, the subtle interaction between Mulligan and Bob Brookmeyer features inspired contrapuntal interplay.

Sadly, these were the pianoless quartet’s final studio recordings.