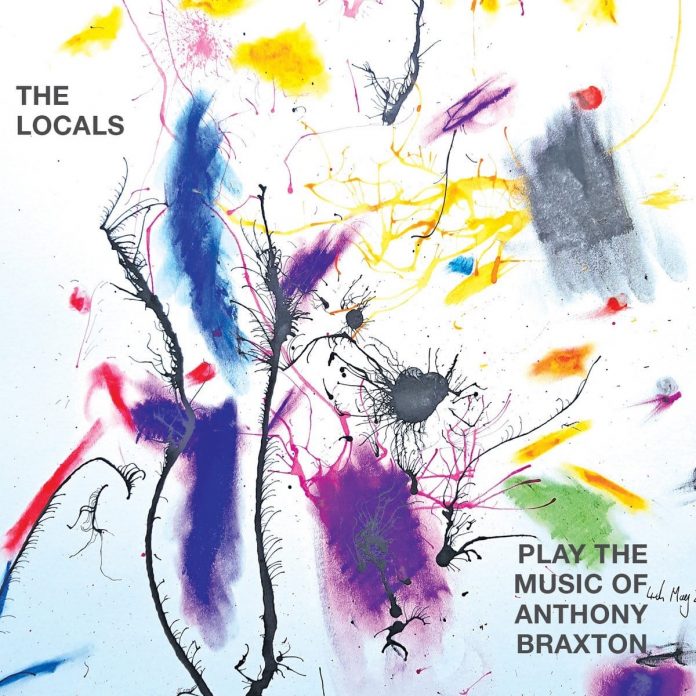 When Anthony Braxton first started to make a cultural impression around half a century ago accusations of not swinging were aimed at his music. Passing time and the always dubious benefit of hindsight makes us realise that such accusations are mild by comparison with the cesspool full of trolls that can be an aspect of life these days, and by way of contrast with the charge of being too cerebral that’s also been aimed at Braxton’s music The Locals here make it downright greasy.

No doubt Braxton purists would be aghast at the transformation, but this band makes of Braxton’s music something utterly removed from previously recorded versions, as on Composition 23b, to be found in an earlier form on the Arista LP catalogue no. AL-4032, crate-diggers, and recorded on that occasion by a quartet which included the perhaps unlikely figure of Kenny Wheeler. Over a bed of loping funk Pat Thomas hints at the tenuous links between Braxton’s world and that of Cecil Taylor.

The solar system unto itself that is Braxton’s legacy on record (so far) is such that the rudimentary exercise of compare and contrast is pointless. Such is the transformation that this music has to be dealt with on its own terms. In the case of Composition 6i this amounts to the kind of genetically modified simplification which ensures that Hasson-Davis can mark the time with metronomic simplicity, while Thomas and Alex Ward get busy.

Derek Ansell - 27 April 2019
Pianist Asherie covers music from Louis Armstrong to Charlie Parker and Dizzy Gillespie on this release and throws in some Spanish music and Autumn Nocturne for good measure. With a...