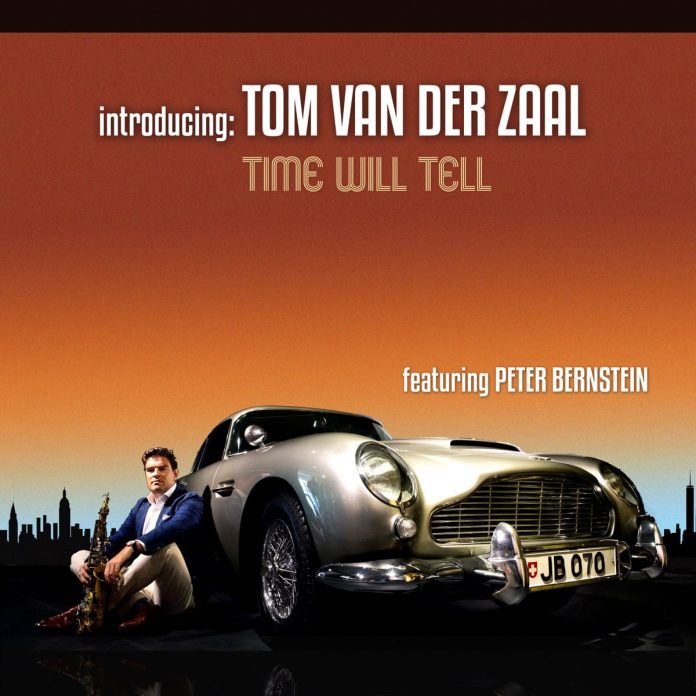 Dutch alto saxophonist Tom van der Zaal should need no introduction but he does. This is his debut album. It’s self-released into a distinguished Netherlands jazz scene with a confidence that might make record companies big and small wonder if they’ve missed a trick in not signing him.

He hasn’t emerged without antecedent. An award winner who’s performed with, among others, Peter Erskine, Slide Hampton, and Vincent Herring, he has recorded as a sideman on the first album by compatriot and tenor saxophonist Floriaan Wempe, who plays as a guest here.

Wempe appears on the first two of seven tracks written by the leader, and the other guest, guitarist Peter Bernstein, on three of them. The other track on which Bernstein plays is Charlie Chaplin’s Smile. The metaphoric smile worn by the band is broad and sustained, as befits a leader happy in the determination to make his mark and to invite each of his colleagues to do the same. It’s when Wempe leaves after distinguished offerings that the band opens out for Dilemma, the longest track at eight minutes. Bernstein marks his return after the opening number with a solo theme fanned by Rob van Bavel’s piano and Joost van Schaik’s drums. After some relaxed power choruses by sax, guitar and Matheus Nicolaewsky on bass, the intro format is repeated with sax replacing guitar. Add tempo shifts, and it’s a neatly structured arrangement that never palls.

The title is a winsome ballad kicked off by alto and piano, the slower tempo allowing concentration on van der Zaal’s sound, which has the hard-bop candour of Jackie McLean leavened by a sort of Low Country sobriety, a combination which allows him to loosen up while striding out. Pre-bop influences include Benny Carter and Johnny Hodges. It gives Smile its optimism and upbeat joy, expressed in lengthy solos by sax, piano and guitar, finished off with some trading with van Schaik, ever on top of his game.

While van der Zaal’s songs are influenced by personal experiences and thoughts of the future, a few of the titles suggest a complexity that appears to be resolved in the music, whose thrust is always to move ahead uncomplicatedly. A Not So Beautiful Friendship is above all a theme that sounds like a much-loved standard especially when closely harmonised by guitar and with drums doing interesting things over the beat. Freewheeling solos by alto and tenor give the album a great send-off, which continues with smart exchange choruses between the two on the following Favela Chique above a Latin beat and with sinewy and sometimes florid piano contributions. The makeweight Gospel Song at under two minutes is temperate Dutch funk, but no worse for that.

Brian Morton - 16 March 2020
This duo has been operating for 20 years, sometimes with other hands involved, mostly, though, in an idiom quite of their own. Waltz For Debris on the excellent By...