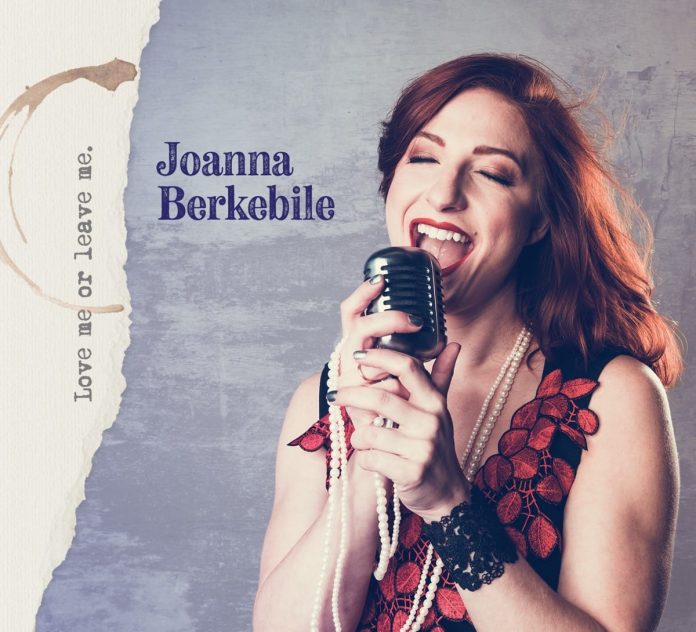 My first reaction after a first hearing of this album was a great combo lumbered with a ho-hum vocalist and I have to confess that it’s a while since I’ve been able to work up a sweat for a girl singer who is new to me. The first track, The Gentleman Is A Dope, is as good as any to illustrate the problems I’m having with this new breed of vocalist.

That first tune is from Allegro, 1947, in which Rodgers and Hammerstein tell the story of Joseph Taylor from birth to age 35. Joe becomes a successful doctor treating wealthy hypochondriacs to the chagrin of his nurse, Emily, who is hopelessly in love with him. In a straight play she would have a best friend in whom she could confide but in a musical this must be conveyed in song and the audience knows that the negatives she lists – “a clumsy Joe who wouldn’t know a rhumba from a waltz … a cake will come, he’ll take a crumb, and never ask for more …” – are really endearing could she access her subconscious mind.

That’s the key to performing the song, as Jo Stafford showed in her hit recording in 1948. Ms Berkebile on the other hand may just as well be singing “a burger and fries to go, with Nachos on the side …” for all the feeling she puts into it. And that is a great pity because she really does have a great set of pipes, but it’s easy to get the feeling that she’s slightly embarrassed about her voice and has decided that by taking all nine songs on the album at a mile a minute no one will notice which means that if lovemeorleavemeandletmebelonelyyouwon’tbelievemeandIloveyouonlyI’dratherbelonelythanhappywithsomebodynew is music to your ears then this is the album for you.

Bruce Crowther - 11 October 2019
This is a delightful combination of old and new. The old is heard in the material, several of the songs being classics from a bygone era. Even the two...