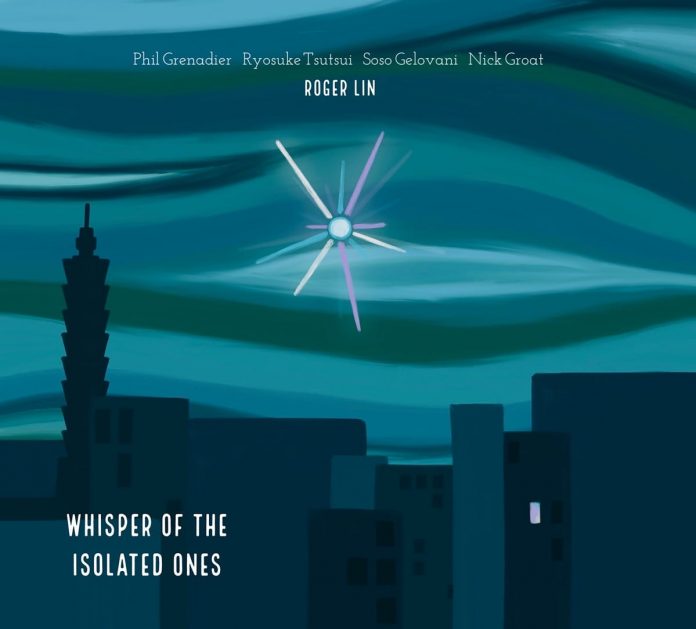 This CD arrived with little information on the slipcase: the title, the names of the musicians but not what they played, recording studio and nothing else. I had to look elsewhere to find out who played what. It is a self-produced disc by guitarist Roger Lin and he has written all the compositions and arrangements.

The music flows along merrily enough in a sort of post-bop manner with occasional free flourishes. Lin plays what I would describe as bright and sometimes burry guitar, his lines in the Jim Hall, Barney Kessel tradition, except when he ventures, occasionally, into uncharted territory and his playing becomes more complex. The music is attractive if unmemorable although it is all suitable for extended improvisation.

On some tracks Lin is joined on the front line by Phil Grenadier, who plays trumpet in a mellow style. He sounds not unlike a flugelhorn player although I believe he is on trumpet throughout. Drawings, Pills, Chocolate is an intense opener with bright guitar lines and a good ensemble sound. Mr. Ross Says OK is controlled and driven by drummer Nick Groat, who whisks it along steadily, adding fills and accents and a few brief solo spots.

Royed Mood is quieter and more reflective although it has its moments. Shadowed Corner begins with dark, ominous guitar chords and sinister bass notes but grows into a swinger at medium tempo, well served by piano, bass and drums. No 2 is mainly improvised guitar lines but the ensemble as a whole make their presence felt. Overall, you get the sense of superior mood music spiced with plenty of well-made improvised solo lines.

Steve Voce - 12 May 2021
The Grappelli-Reinhardt pairing was so talented and original that it felt like a movement. Jazz was an American product but who in America could match Django? His joyous or...