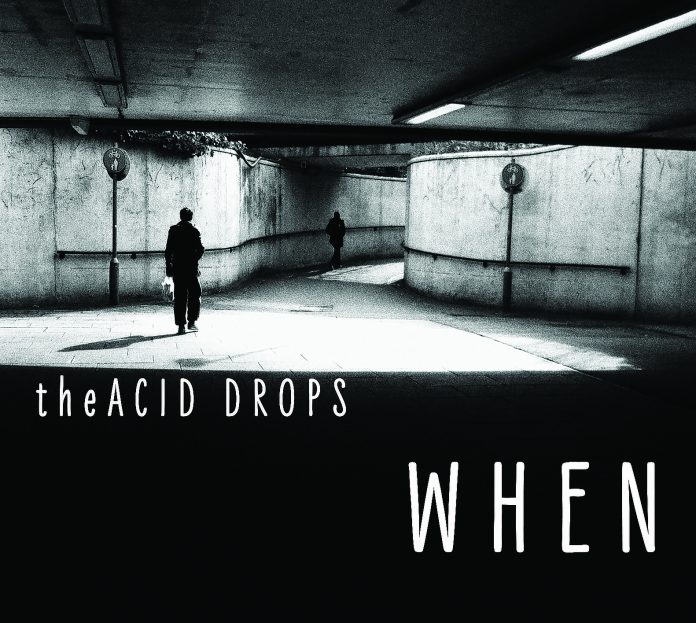 The four-to-the-floor Double Shocking Busy opens this intriguing set with unfettered gusto and in so doing succinctly lays out this quartet’s hard-rocking manifesto. But there are plenty of nuanced passages too. The ostinato-rich Nightbus, 3 a.m. for example is imbued with an eerie atmosphere which works very effectively. Similarly, the bass guitar-led Rico, with its hypnotic echoey dub rhythm, instantly engages the listener’s attention. Euston is another number which establishes a groove to a satisfyingly foot-tapping level.

The Acid Drops, from east London, cite their collective influences as stemming from the likes of Herbie Hancock, Lalo Schifrin and The Crusaders. Additionally, they self-describe themselves (via promo posters visible on their Facebook page) as “psychedelic jazz funk” which is probably as accurate a description as any. What they actually sound like is nearer to an amalgam of the Average White Band (on acid) and the James Taylor Quartet (minus the catchy TV theme tunes).

The dearth of biographical information available about the band results in instrumentation ambiguity such as Tony Law’s credit of “saxophones” inadequately explaining the deep baritone sounds heard on the record when the only photographs and YouTube postings of the group depict him playing tenor. But this is a minor quibble and an omission hardly (and frustratingly) exclusive to this group. The construction, arrangement and execution of these essentially acid-jazz compositions is generally very good although seemingly operating on the high intensity level usually afforded by the hard-funk outfits of several decades earlier.

In addition to some keen hooks such as that heard on New Botanicals with its searing sax melody and the memorable bass line of Blind Date At The Truckstop, there is even an occasionally perceptible danceable beat. So, for the combination of all these reasons this group has produced an undeniably contagious, albeit acidic, set.

Leon Nock - 19 April 2019
As a touring band the Miller orchestra made its weekly Chesterfield broadcasts from wherever it happened to be, which means that the 22 tracks featured here were broadcast on...