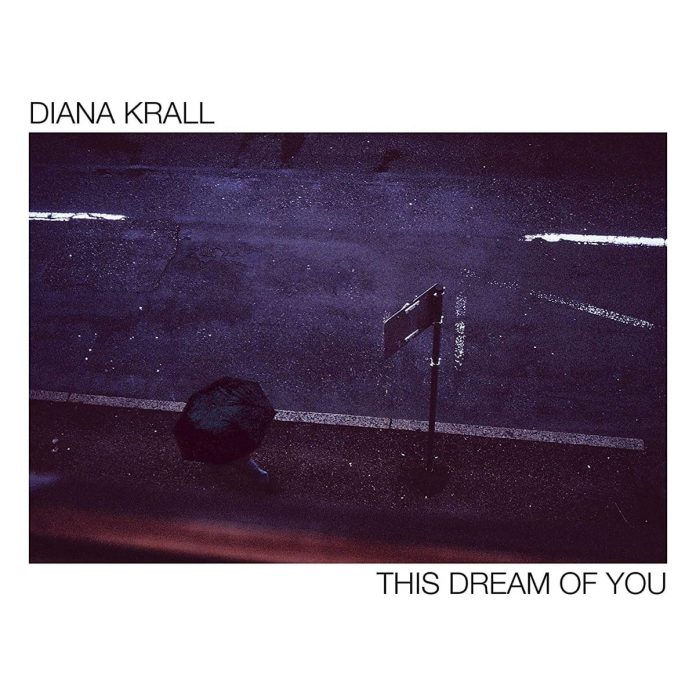 A new album by the prolific and talented Diana Krall is always to be welcomed. This Dream Of You, a tribute to her late friend and producer Tommy Lipuma, who died aged 80 in March 2017, picks up from her last well-received CD Turn Up The Quiet, released in the same year. She remembered that Lipuma was “my creative partner, and I realized that I still had work to do in preparing the large repertoire covered in those 2016-2017 sessions for this new album”.

Many of the musicians on This Dream were also present on the earlier session. Several of the titles are outtakes from the TUTQ album, and raise the unjustified misgiving that this is merely a scissors-and-paste compilation. In fact, these sessions with Krall in duo, trio and quartet settings, focus more on her as husky-voiced singer (try How Deep Is The Ocean) rather than romping pianist. On two tracks – More Than You Know and Don’t Smoke In Bed – she is accompanied by Alan Broadbent (who also provided the string orchestrations for Autumn In New York and But Beautiful) on piano. A brief but lilting I Wished On The Moon is a duo performance with bassist John Clayton, Jr.

If the prevailing mood is one of romantic (and slightly soporific) nostalgia, spirited versions of Almost Like Being In Love, and Just You, Just Me (with Stuart Duncan playing down-home “fiddle”) get the feet tapping and raise the temperature to a satisfying level. On a “countrified” This Dream Of You, Diana’s uncle, Randall Krall, plays accordion.

After repeated listening, Krall’s vocal mannerisms and emotional sincerity linger in the mind – not least her interpretations of the title track, Bob Dylan’s This Dream Of You, and a haunting How Deep Is The Ocean, with suitably plaintive contributions from Marc Ribot and Stuart Duncan. As an added bonus, Autumn In New York is also available as a creative video, directed by her collaborator Mark Seliger. The album ends with a loping version of Singing In The Rain, with Krall accompanied by her regular and reliable trio of Clayton, Hamilton and Wilson. A fitting end to a varied and enjoyable programme.