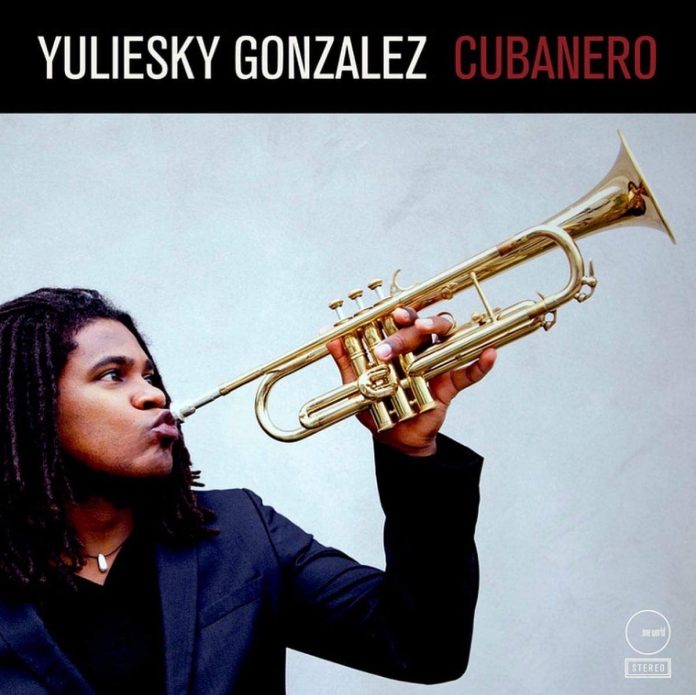 Recorded at Copenhagen’s Royal Danish Academy of Music, Cubanero is the scintillating debut album from Cuban trumpeter Yulievsky González, who began his studies at the Music Conservatory of Camagüey and formed his first band, a brass quintet, while doing national service in the army. After moving to Berlin by way of Paris, in 2010 he connected with the Berlin Big Band and in 2015 joined Denmark’s Antonelli Orchestra. Since then he has performed internationally, also forming salsa band Cubanaché along the way.

The tone of the album is set by the opener, Very Nice, a classy, brass-laden Latin workout which boasts feisty solos from Franck, Peplow and the principal, while allowing percussion maestro Isan Torres to shine towards the close. Roupé comes into his own on Reflections after a breathless bongo introduction, his muted guitar runs sandwiching Franck’s baritone sax turn, before González’s at-times squeaky trumpet winds things up. Santísimo starts on a gentle, dreamy horn before breaking into a fast, danceable Latin number with percussion to the fore and a gruff vocal interjection from González, while Peplow’s En Cada Amanecer is slower throughout, also starting on delicate trumpet notes against some attractive, subdued piano, after which Gonzáles returns to make the piece his own.

To sum up, this is a great set. González’s writing and playing and that of his fellows is of the highest standard, successfully melding Afro-Cuban and European classical elements to produce a by turns exciting, relaxing and overall very satisfying addition to the Afro-Cuban music pantheon. No wonder he’s laughing by the end.

Fred Grand - 08 July 2022
The publicity material calls it a “collaboration connecting the experimental New York DIY scene and the pop music industry of Los Angeles”, but the description barely hints at the...