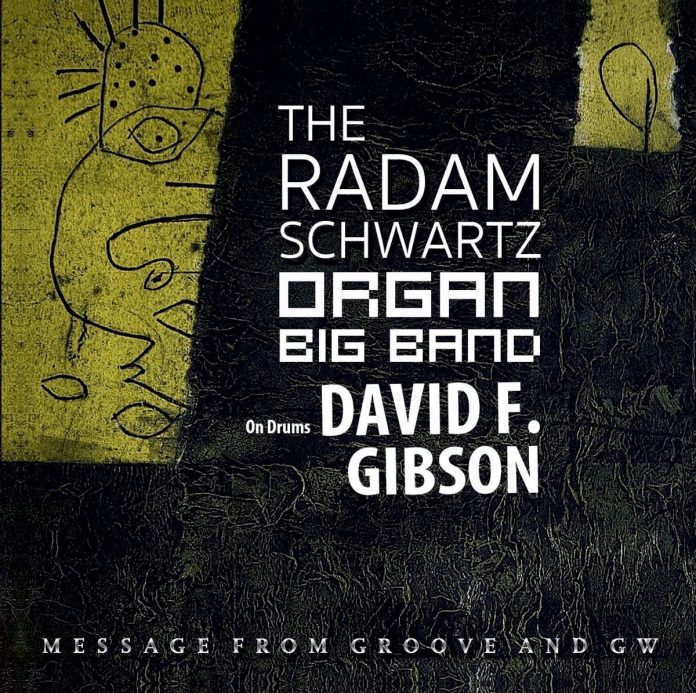 Any organ and big band release is inevitably going to be compared to Jimmy Smith’s marvellous Verve recordings with Oliver Nelson back in the 1960s. So I suppose any responsible reviewer should suspend reference to those earlier glories and treat the music on its own merits.

The first thing to be said is that leader Schwartz does not hog the limelight, choosing to contribute in a less obvious way than many organists, playing in a relatively restrained manner in both the ensemble and as a soloist. His is not the “hit ’em in the eyes” approach – nor does he display many JS clichés.

Apart from three Schwartz originals, we have a fairly eclectic choice in material including Coltrane’s Blues Minor, the Charles Mingus tune Work Song, a touch of Bach in Von Gott and an Isley Brothers collaboration Between The Sheets. The leaders’ own tunes carry a certain vitality as is exhibited in the bebop-inspired Dig You Like Crazy.

The arrangements, the majority of which arrive via Schwartz, are on the right side of merely workmanlike and suit the well-balanced repertoire. These are backed up by some decent solos, which are spread around the band members. The trio of trumpeter Hankle, trombonist Murchison and alto man Ware really dig in on the rocking blues that is Work Song.

For those who don’t know the name, Radam Schwartz has been around on the US jazz scene for well over 30 years, composing for large ensembles alongside leading organ groups of varying sizes.