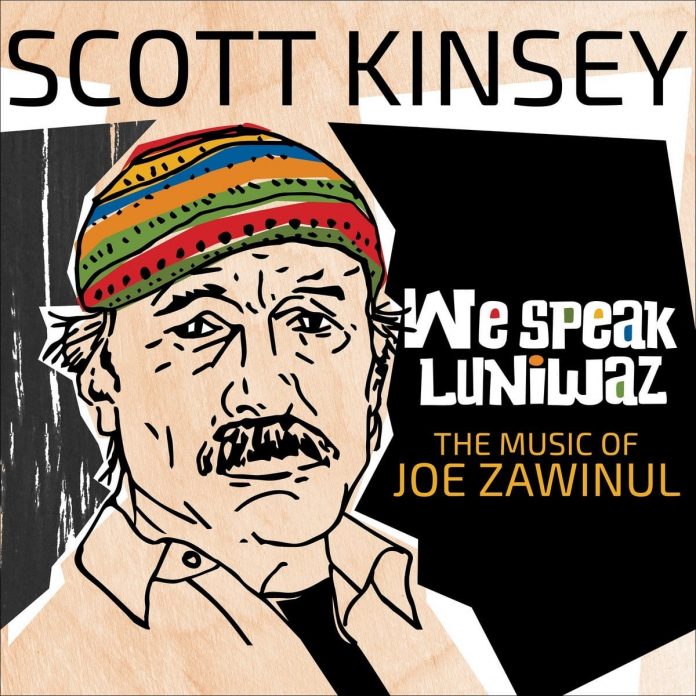 Kinsey (ex Tribal Tech, a fusion band primarily influenced by Weather Report) has long been a leading disciple and exponent of Joe Zawinul’s music, mastering the compositional style, keyboard sounds and phrasing to the finest degree. It’s almost impossible to tell the two players apart in performance. And so it is with this quality set of Zawinul covers and clones. That said, he does rearrange the covers considerably in places, notably rendering half of Black Market at a curiously slow tempo, the advantage of which is not entirely clear (even though it adds some metric games), and introducing in Katisse Buckingham’s flute a welcome new timbre to the repertoire. (I don’t think Weather Report woodwind man Wayne Shorter ever played flute in the band.)

The nominal world-music flavour of Zawinul’s music dominates, though Joe himself would probably have bridled at such a characterisation. When I asked him in 2002 if WR was influenced by world music he replied: “No, because my tune Black Market is already the first true world-music tune. We were not aware of African music at all, but we had in our band people from different places. That’s my music, but having it interpreted by others gives it that little twang. That album Black Market is the reason that Africans play like they play today. I did a record with Salif Keita and he told me that when they were kids they were sitting out there and listening all day to Black Market, Barbary Coast and all these tunes.” It’s certainly true that much African music today, often presented by the BBC and others as exotically localised, is heavily influenced by Western readings and developments of the original African inspirations transported to the New World.

Seven of the 10 tunes here are Zawinul’s (although Cucumber was co-composed with Alphonso Johnson). Port Of Entry is Wayne Shorter’s. We Speak Luniwaz and Running The Dara Down are Kinsey’s or jointly composed by the band. Kinsey’s faithfulness to the model is evidenced by the fact Running The Dara Down had me searching the Zawinul discography before I had bothered to consult the liner information.

So what’s new? Not a lot. The musical moves are very familiar if no less captivating and often exhilarating. The Harvest introduces the flute, which on reflection Zawinul perhaps patched on his synthesizer for part of the theme, so it’s perhaps not that new. But Buckingham makes some telling interpolations. He has a proper outing on the instrument on Victims Of The Groove. It’s one of several good solos sprinkled through the set, but WR was primarily an improvising ensemble, and so it is here. The improvisation was in the composition and in the variations provoked by onstage inspiration. Kinsey refers to “Joe’s unique gift of being able to compose sophisticated music simply by improvising”, and notes that his language was “always in the moment and totally fresh”.

The rap from Buckingham on Cucumber Slumber is a low point, adding little of musical value. In paying to tribute to another jazz giant it reminds of Easy Mo B’s paean to Miles Davis on Blow on the Doo-Bop album, but Mo B’s had rather more heft and poetic ingenuity. It’s hard to see how Buckingham could utter that doggerel and then produce a brilliant tenor sax solo on the same track. He has another strong tenor outing on Black Market, once the tempo picks up.

Weather Report and Kinsey followers should be pleased by the music here – it remains one of the most eccentric and original styles produced during jazz’s last great step forward in the 1970s and 80s, inconceivable in virtually every dimension until Zawinul happened on the idea.

Matthew Wright - 02 February 2020
There have been some fine film soundtracks that capture the essence of time and place and enhance the atmosphere. Kyle Eastwood has a firm grasp of this – coming...