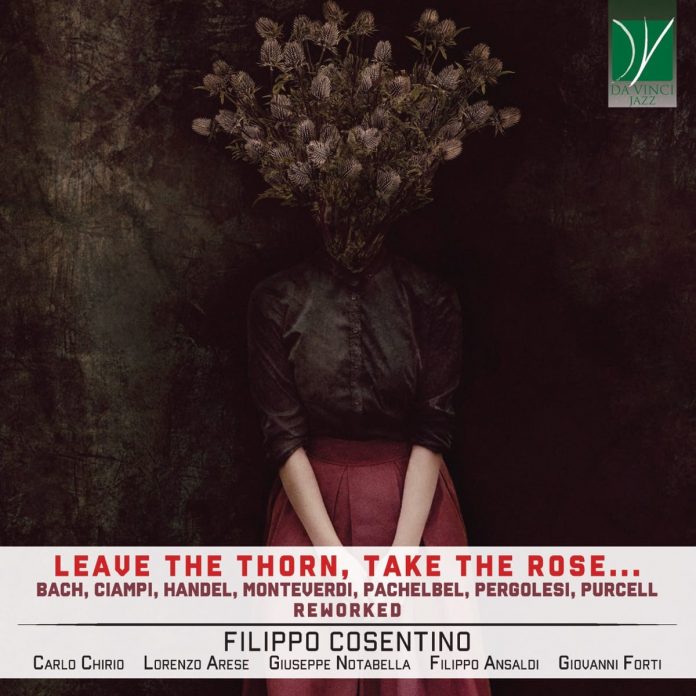 Well-known for his work in a variety of contemporary contexts, and a specialist in the baritone guitar, the Italian Cosentino has put together a tasty trio (augmented at times by trumpet, alto sax and tuba) for this fresh chamber music take on an old theme, the melding of matters jazz and classical.

If you have enjoyed Jacques Loussier’s many ventures in this field – or warmed to the recent ACT release Monteverdi In The Spirit Of Jazz – you are likely to relish what Cosentino and his compatriots bring, with telling economy, to the lucid structures and cantabile melodies of J S Bach and Handel, Pachebele, Pergolesi and Monteverdi. Intriguingly, Arnold Schoenberg is also in the mix. The father of serialism is co-credited with Bach on the opening 552, where Notabella’s spare trumpet brings a touch of La Strada-like atmosphere to the mellow proceedings.

Fuga A 3 Voci is the only Cosentino piece here. Featuring him on electric guitar, its (further) electronically enhanced and clipped swing offers pure jazz and I wish it had been given a touch more space than the minute and a half it gets. Following Cosentino’s measured solo reading of Sarabande, Calipso Bach [sic] cooks quietly but firmly – as does Joy. The interplay of Chirio’s tasty electric bass grooves and Arese’s airy work with brushes is captured beautifully in the recording of both tracks.

Mark Youll - 24 January 2019
Outside the New York jazz scene, Donny McCaslin is perhaps best-known as the hip saxophonist whose own electro-acoustic band became the sonic backbone of Blackstar, the remarkable final album...