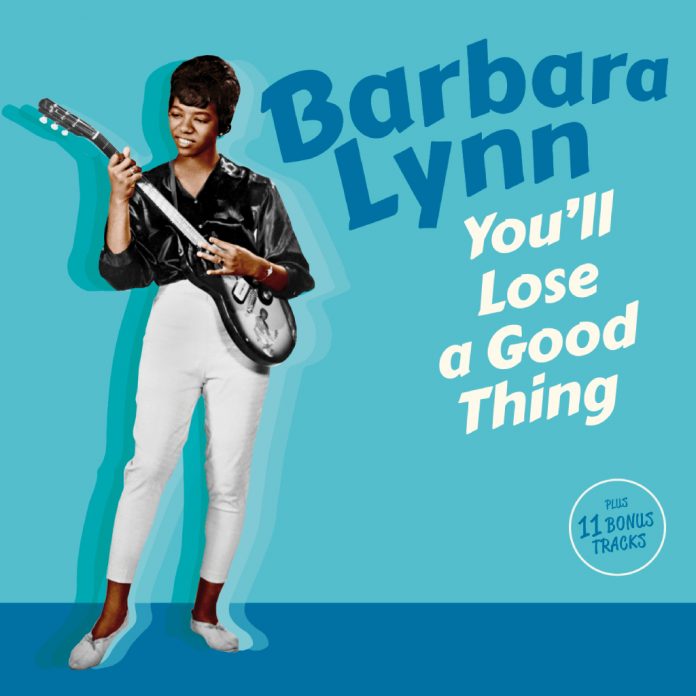 At the beginning of the 1960s, Barbara Lynn was active mainly in Texas and Louisiana. Only 19 years old when the first sessions took place, Lynn’s vocal sound, while fresh and vital, is also strikingly mature. Unusually for the era, she also played electric guitar and composed much of her repertoire.

The first 12 tracks are from her debut album, You’ll Lose A Good Thing (Jamie JLP 70-3023), and she wrote words and music for all but two of them. The album’s title song was a Billboard R&B chart hit but despite subsequent touring, often in support of top names, Lynn did not have another big hit. Even so, she worked steadily and her songs were sometimes recorded by others, including The Rolling Stones’ Oh! Baby (We Got A Good Thing Goin’).

Of the following 11 songs, originally released as singles, only four are her compositions, the others including Don’t Be Cruel from the Otis Blackwell-Elvis Presley songbook. Presley had been one of the first artists she admired and when still in school she sang his material in an all-girl group, Bobbie Lynn & the Idols.

There is also You Can’t Be Satisfied, a composition by Robbi O’Neil and Mac Rebbeneck, the latter appearing among the collective personnel at a time before he became widely known as Dr John.

Self-taught on guitar, Lynn plays well, her occasional solos being clean-lined and deceptively simple. The extensive and very interesting liner notes state that she is left-handed but plays a regular guitar upside down [true of the cover photo but not always true – several YouTube videos e.g., Performing on The!!!! Beat and in Beaumont TX, show her playing left-handed Fenders – Ed] and “used standard tuning but developed a unique style of playing rhythmic patterns by using a thumb pick and her other four fingers to fan the strings rapidly…”

Lynn’s most recent album was recorded around 2004 and she still performs internationally at clubs and festivals catering for lovers of vintage R&B. See her if you can.