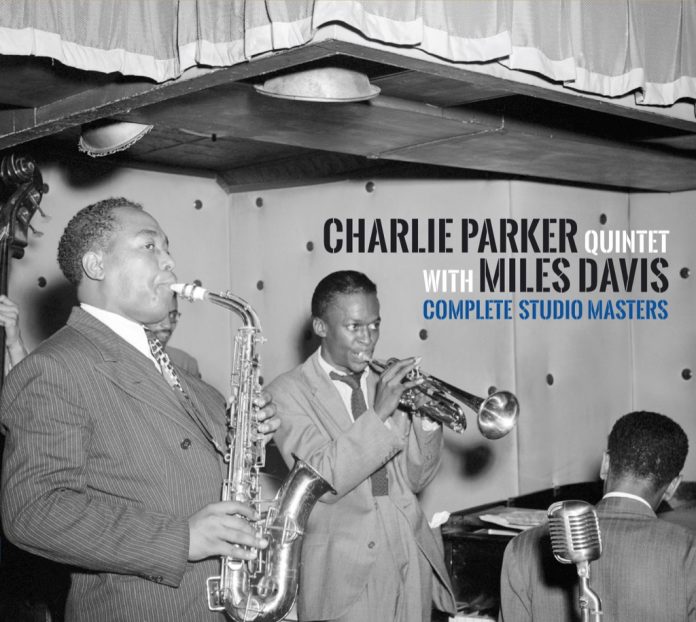 It was perhaps easier for the new jazz listener to come to bebop than for the one already steeped in Armstrong and Ellington. There were several methods to help the latter. One was to use as a key the contemporary work of Coleman Hawkins, Don Byas and Buck Clayton, mainstreamers who were already heading into the new music. The common familiarities with the intense displays by the members of the First Herd played quite a part.

My own route quickly became to play most of the tracks now included on this album by rote, which allowed the music to rub off on me and to eventually reach an understanding and appreciation of the three musical geniuses (including Bud Powell) and their musically astute colleagues.

It’s all very well to refer to Davis and Powell in the same breath as Charlie, but in truth they belonged in a lower division. This Jazz Images collection of the complete Parker/Davis studio masters (including all tunes from the sessions not featuring Davis, as well as two dates with larger groups) is a potent and attractive concentration. Parker was not to be categorised. Was there ever another jazz musician so gifted? He was our Leonardo da Vinci. Parker’s unbelievable supersonic flight at the beginning of The Hymn is just a sample of aural diamonds scattered throughout every one of these tracks.

It seems the young Miles Davis was doomed to be underrated for his showing on these tracks. In fact he gives an inventive and radical performance which is only slightly hushed by the pyrotechnics alongside. And then there are Bud Powell, John Lewis and the also under-valued Duke Jordan, stout oaks all in the forest of bebop.

How does Parker’s Mood rank in the scale of the greatest blues performances ever? It’s close to Bird’s own Funky Blues, which was the one where he pulled away from Hodges and Carter. Like that track, in a move that separated the man from the boys, Parker rose above everyone by demonstrating that he could adapt his earth-shattering innovations to move into the swing musicians’ traditional standby and blow them all away.

This is a lovely set of 52 tracks, nicely produced and seemingly containing about a quarter of the history of jazz.