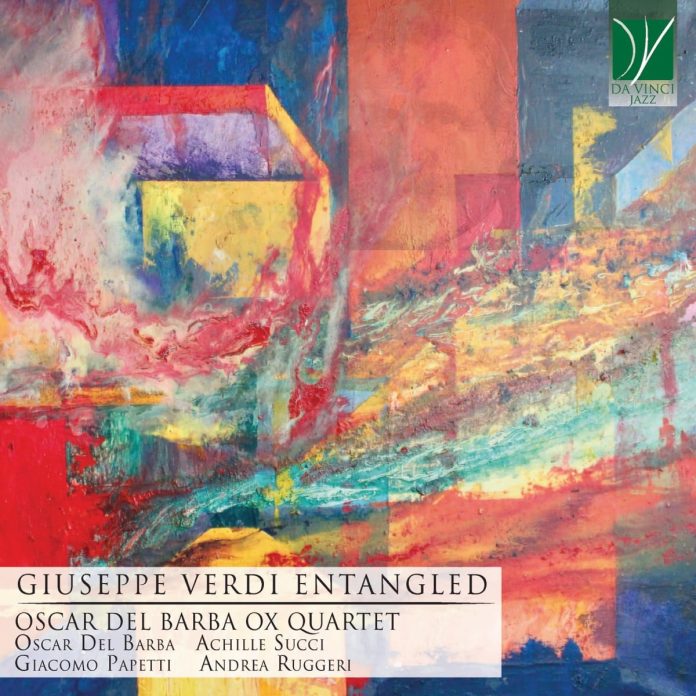 Jazzing so-called classical music has struggled to be more than an interesting novelty, even when it’s called de-contextualising. Sometimes it suggests possibilities, as in Art Tatum’s version of Massenet’s Elegie, but so often the context of both jazz and classical is exclusive. More important, though not in the Tatum-Massenet example, the context of classical is lengthy and involved, as in opera, whereas duration in jazz is mostly a question of opportunities to perform live or on extended-play recording. Jazz is full of miniatures; classical is more often than not defined by formal complexity.

This Italian foursome, led by pianist and arranger Oscar Del Barba, are not put off. They believe music by their compatriot Verdi to be capable of “entire” de-contextualising. They don’t mean performing Simon Boccanegra from start to finish with a team of vocalists. But in playing eight items from just three operas – Il Trovatore, La Traviata, and La Forza Del Destino – for over an hour, they do illustrate the need to pick and mix.

The most interesting track and the second longest at 11 minutes is Violetta’s aria Addio Del Passato from the last act of La Traviata. It’s the mortally ill heroine’s farewell to the good life and it demonstrates how de-contextualising is more than playing one genre of music in the style of another: it allows these musicians to comment in their own fashion on what’s going on beneath the ruminations of the aria itself. While the opera will allow Violetta and her lover Alfredo a subsequent duet on the possibility of a life together (not to be), this version has insights, including some fading light, a funereal march, hallucinations, a flame flickering out, and finally Violetta’s attempt to rouse herself as the aria’s first notes are repeated against frantic drumming.

Hindsight is displayed in Libiamo Ne’ Lieti Calici, the rousing Brindisi or drinking song from act one of La Traviata, here taken mournfully as if getting ahead of the action in knowing how things will turn out. Oddly, the intervening Di Provenza Il Mar, Il Suol, the act two reminder of home sung by Alfredo’s father to stop his besotted son from chasing Violetta to Paris, is played after the farewell. Maybe it’s to emphasise that these are stand-alone charts. The prelude to Traviata is tackled last, after the overture to La Forza, which is preceded by Leonora’s Pace, Pace Mio Dio from act four of that opera. Manrico’s cabaletta from act three of Trovatore, as he hears that his mother is to be burned alive, comes four tracks after the opening Vedi Le Posche Notturne (the Anvil Chorus) from act two. It’s busyness in the quartet’s version reflects not only the moment but possibly the opera’s barmy plot.

This quartet has skill, strength, and imagination. It matters not that the listener may be ignorant of the stories behind the music, because as jazz the results have all the right credentials. Whether it reveals “aspects of Verdi’s music which we might have overlooked”, as commentator Chiara Bertoglio states in the liner, is debatable.