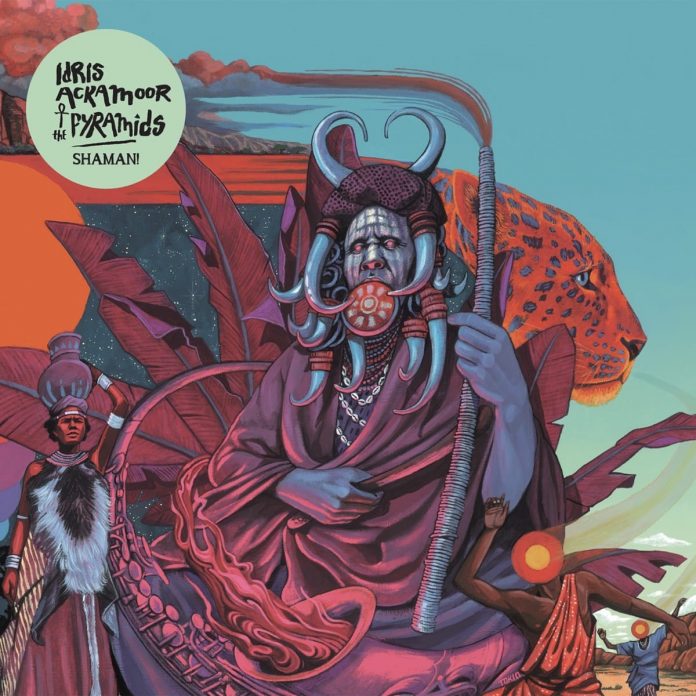 Idris Ackamoor needs no introduction, but here it is: an American multi-instrumentalist, composer and tap-dancer, born in 1951, he’s still going strong. Part of the 60s black avant-garde, he became a member of Cecil Taylor’s Black Music Ensemble, forming The Pyramids in Ohio in the early 70s. The band split up in 1977 but has since reformed and is now on its third new album.

Ackamoor mixes his styles, from jazz-funk, soul and tango to space-age trippyness and more, the whole shebang driven forward by congas and drums, some excellent flute from Margaux Simmons and raffish violin from Sandra Poindexter, both original band members, all topped off with the leader’s own fiery tenor and alto saxophones. His vocals have the same semi-spoken lilt as Gil Scott-Heron’s, their message here elegiac and often wistful.

On this new set, the band moves on from the overt political and social commentaries of 2018’s acclaimed An Angel Fell into more introspective themes. “I wanted to use this album to touch on some of the issues that we all face as individuals in the inner space of our souls and our conscience”, explains Ackamoor. “The album unfolds over four Acts with personal musical statements about love and loss, mortality, the afterlife, family and salvation.” These Acts are self-contained – the Clotilda was the last-known slave ship to bring African slaves to the United States – but flow seamlessly together.

In a way this set does sound somewhat dated – a slice of 70s soul jazz from Pharoah Sanders, perhaps, or the Sun Ra Arkestra on walkabout – but its infectious good humour and musical excellence combine to great effect.

Derek Ansell - 25 May 2020
Wynton’s predecessor with the Miles Davis Quintet was first with an extended jazz recording of Someday but not to be outdone, the pianist here goes to town on it...