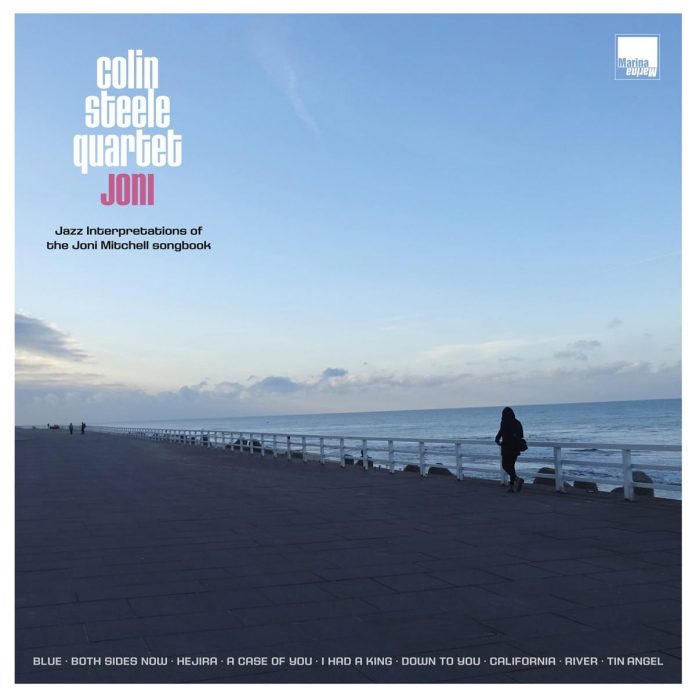 Joni Mitchell’s songs long ago made their way into the jazz repertoire, helped to some extent by her own adoption of jazz around the time of the Hejira and Mingus sets in the late 1970s.

Many musicians have covered her songs: in tribute to a woman he has worked with over many years, Herbie Hancock rounded up some other fine singers – Tina Turner, Leonard Cohen, Norah Jones and more – on his overly glitzy concept set River: The Joni Letters (Verve, 2007), while Ian Shaw produced a far better vocal tribute in Drawn To All Things (Linn, 2006). Now it is the turn of trumpeter Colin Steele.

Steele certainly knows his Joni, although he obviously favours the early folk material from her first four albums of 1968–71 rather than the later experimental works, Hejira notwithstanding. However, while he cherishes the songs, he doesn’t do much with them except largely follow the melody note for note, his trumpet standing in for Joni’s voice.

Pianist Dave Milligan is more adventurous, his contributions more innovative, bassist Calum Gourlay is a fine stand-in for Jaco Pastorius on Hejira, and drummer Alyn Cosker ear-catching on River, but overall it seems as if the band is a tad too overawed by the original material to improvise much around it, despite their obvious skills.

The exception comes right at the end, when the lesser-known Tin Angel – from Clouds – is reworked as a fine trumpet and bass duo that moves well beyond the original haunting melody.

Of course, for hardcore Joni fans, this set is just fine, but while it is enjoyable, many of us will consider it a missed opportunity.