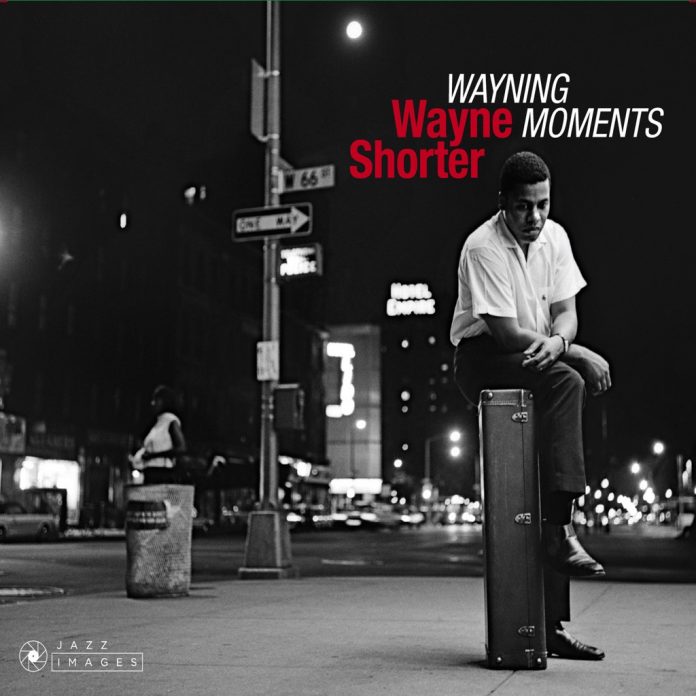 An interesting collection of Shorter’s early recordings – not the best but enjoyable and a glimpse of the tenor player’s soon-to-be-realised potential. It’s not in chronological order as CD1 has Wayning Moments and Second Genesis from 1960/1, when Shorter had started to develop his own voice, out of Coltrane, Rollins and a hint of John Gilmore.

It’s solid hard bop, mainly in the Messengers style, and it’s a pity some solos are limited by time of the tracks. The highlights from Wayning Moments are from Shorter on Black Orpheus, his relaxed approach on Devil’s Island and All Or Nothing At All, and pianist Higgins’ title composition which features Hubbard’s muted trumpet. Powder Keg shows the musicians dealing skilfully with an excitingly fast tempo.

On Second Genesis, Shorter’s playing is assured and he is well supported by Walton, Cranshaw and Blakey. Apart from Ruby And The Pearl and two Richard Rodgers numbers, it’s all Shorter compositions, showing his early talents in this direction, not least the beautiful ballad The Albatross.

CD2 is earlier, featuring Introducing Wayne Shorter, with Lee Morgan; although he was still young (21 in 1959), he was already established as a leading hard bop trumpeter. Shorter’s first recordings had been with pianist Wynton Kelly in the August, but this is the saxophonist’s debut as leader – all solid Shorter material but ending with Brecht/Weill’s Mack The Knife. Standout tracks on this are Down In The Depths and Black Diamond.

The bonus tracks are curious – no argument with the three from Roulette, in which Shorter is joined by (then) fellow Messengers Morgan and Bobby Timmons, the pianist on particularly good form – strong, soulish and assertive. The details have it as late 1959, although other sources give June 1960.

The set is completed by four tracks from Benny Golson’s Just Jazz album, and despite the stellar (no pun intended) line-up, slightly out of character with what has preceded. More Timmons would have been a better mix.

Fred Grand - 09 September 2021
One of the most welcome life-hacks of recent times has been the proliferation of live streaming. Whatever the shortcomings of the medium, it has offered artists a much needed...