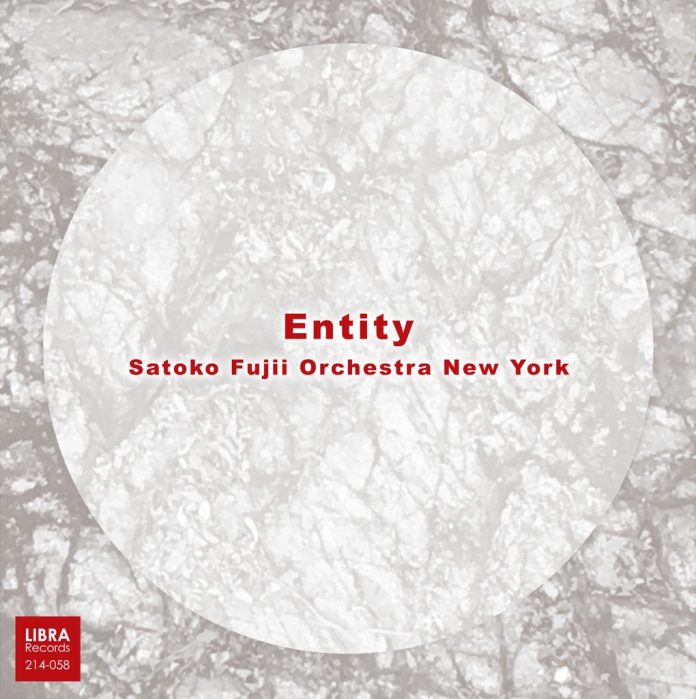 Each track on this album seems to have a certain pattern – powerful orchestrated passages interspersed with quiet, at times almost minimalist contributions and more forthright solo and collaborative experimentation. On several occasions this gives the impression of a film score, with its creation of tension, drama and scenic changes: abstraction and formality.

The opening title track is notable for Ches Smith’s drumming; energetic and driving, laying down a platform on which individual improvisations and composed elements operate. Many of the solos have sharp contrast, as on Flashback, where the almost claustrophobic muted trumpet of Herb Robertson segues into Joe Fiedler’s forceful trombone, before making way for the introspective alto of Oscar Noriega.

Gounkaiku starts quietly, a combination of harmony and discord, as the players find their way in; then, as a full orchestra are presented with a lush arrangement, Smith’s busy percussion gives it even more momentum. Contrast reappears after Dave Ballou’s trumpet solo, when small sounds interject before more instruments are added to draw it to a close.

Ellery Eskelin’s tenor and Stomu Takeishi’s bass combine well to introduce Elemental Particle, the saxophonist almost leading into On Green Dolphin Street! Followers of improvised music will remember him from his recordings on hatOLOGY and here Eskelin gives an impressive extended solo of power, invention and control – swaggering bravado.

The album ends with the attractive, anthemic Everlasting, the mood altering again as a series of improvised and fragmented duets take centre stage before some aggressively dramatic bass work and the reinstatement of the theme.

It’s the sort of orchestra that is probably best to hear live, as I often found was the case with similar bands noted for combining composed and highly improvised music – my thoughts go back to the concerts of Breuker’s Kollektief, the ICP Orchestra and Globe Unity.